Casey Rhodes is the main protagonist of Power Rangers Jungle Fury. He is the Red Jungle Fury Ranger and the leader of the Jungle Fury team.

Casey is the most strong-willed, powerful, fearless, brave and strong member of the Jungle Fury rangers. He is kind-looking, fun loving, polite, sympathetic and gentle young man. As the team leader, he is free-spirited, merciful, compassionate and caring. But sometimes he can be naive and even confident. But is shown that like the others, he learn on the mistakes. He is very loyal, friendly, caring, and always protects his friends. Towards the end, Casey was the only one who believed in Jarrod and wanted to free him from Dai Shi. Sometimes Casey can be stubborn, but he is real hero.

Casey is learning the spirit of the Tiger. It was then Jarrod got kicked out of the school after accidentally opening the Dai Shi's box with his Lion Spirit. He became the Jungle Fury Red Ranger by using the Solar Morphers. He was willing to defeat Buffalord in episode 3 of Jungle Fury. He passed the test to obtain Shark Sabers by practicing with Master Finn. Somehow he uses the Spirit of Shark to use top-body armor for Jungle Pride Megazord as well as Jungle Master Megazord.

After being at the Pai Zhua Academy for a week, he witnessed Jarrod attack Master Mao, which resulted in the box that contained Dai Shi to fall open. After being sent to Ocean Bluff with Lily and Theo, Casey and the gang meet Robert James, the owner of the Jungle Karma Pizza. After witnessing RJ taking down the Rinshi, Casey, Lily, and Theo are given the Solar Morphers, which transform them into the Jungle Fury Power Rangers. Though his first attempt at morphing failed, seeing Fran in trouble helped Casey morph into the Red Jungle Fury Ranger. Casey does not pass his Pai Zhua master test, but later gains Master status after disobeying Master Mao and helping Jarrod break free of Dai-Shi.

Casey is the good fighter to use Tiger Spirit to defeat Rinshi. The Junglechucks are the Red Ranger's primary weapon. After some training from Theo, Casey was able to master the chucks. With these Junglechucks, the Red Ranger can attack the Rinshi, as well as hold off their attacks.

Casey received his Strike Rider relatively early on. It's not referred to necessarily as a Battlizer nor does it appear to fully envelop Casey as a Battlizer does. Unlike Battlizers, the armor only covers the top half of Casey's torso up to his shoulders. However it does provide Casey with a special red ranger finisher just like a Battlizer would. 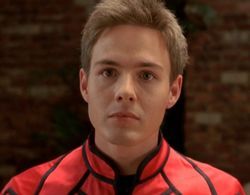 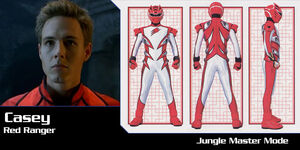 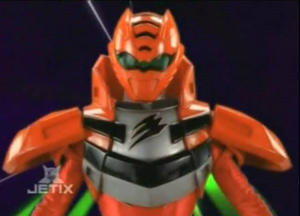 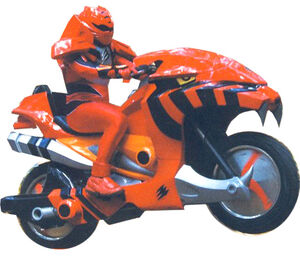 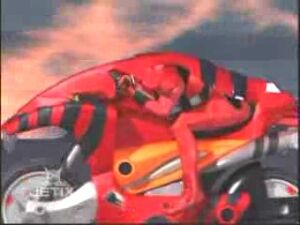 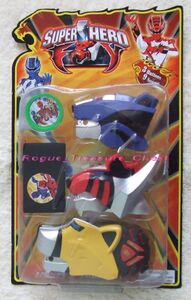 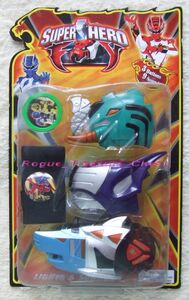 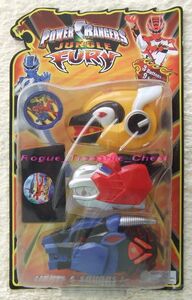 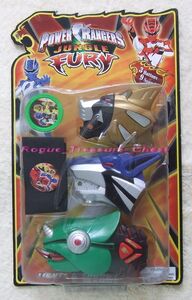