Making Friends to the World, Helping out others when needed

Ghost, misunderstood hero
Casper the Friendly Ghost is the titular protagonist of the Famous Studios theatrical animated cartoon series of the same name. As his name indicates, he is a ghost, but is quite personable. According to the 1995 feature film Casper, his family name is McFadden, making his "full" name Casper McFadden.

Not much is known about how Casper came to be a ghost, or how he did end up with the Ghostly Trio. According to the 1995 feature film Casper, he died when contracted pneumonia from playing out in the cold for too long, but so far, that's the only version there is.

The 1995 feature film Casper, however, revived the notion that Casper was a deceased human and provided a brief account of his death. According to the film, Casper died from pneumonia. The first direct-to-video film to follow the feature, Casper: A Spirited Beginning, showed Casper's early days as a ghost, not showing how he died and ignoring the story provided in the previous film.

In the original Harveytoons animation, Casper has been seen standing next to a grave inscribed with "Casper", that supports the theory he is indeed a ghost. Originally, stories have shown that his visibility is due to wearing a sheet. In the Casper live movie, this is not shown and it is implied that he is naturally visible to humans as a white creature.

He uses physical makeup in a Harveytoons show where Casper takes care of a pair of kittens, it opens with seeing (or not seeing) him scrubbing himself off in the shower, completely invisible. He becomes visible by putting on something like a white cloth that people traditionally use to masquerade as ghosts. This implies that he is naturally invisible and puts this on so that he can be seen and interact with others.

In spite of this, he is apparently still able to move through solid objects without leaving this behind, so he may be able to extend his ability to move through things to other objects.

Casper stands out from the other monster in the franchise. He is a good ghost who prefers to help people whenever they need it, much to the chagrin of the Ghostly Trio. 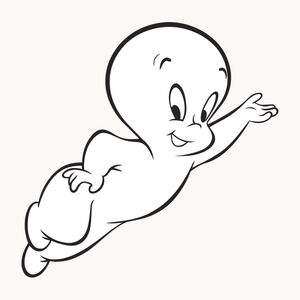 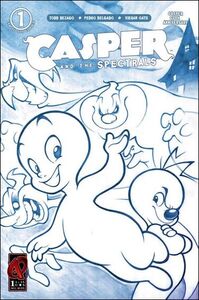 Casper in Casper and the Spectrals 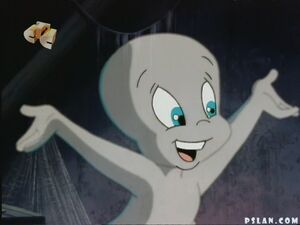 Casper in The Spooktacular New Adventures of Casper 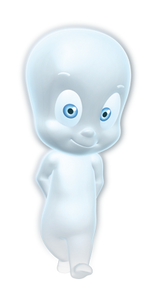 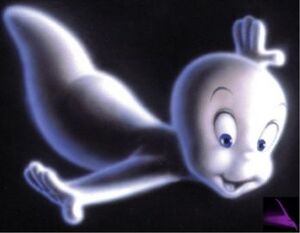 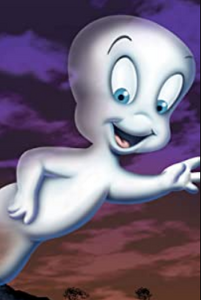 Casper in Casper: A Spirited Beginning 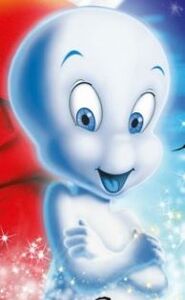 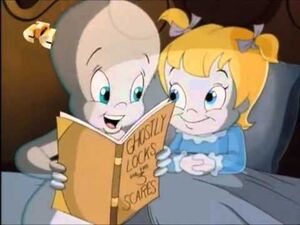 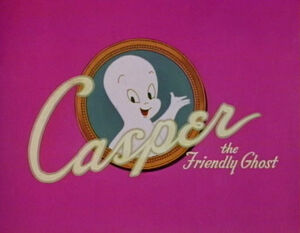 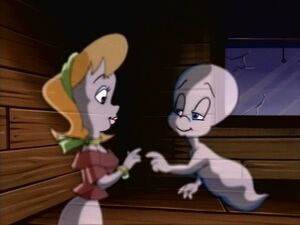 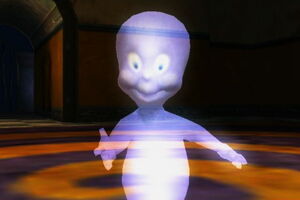 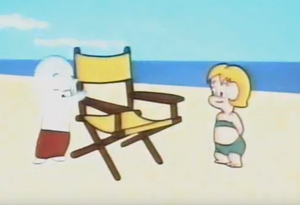 Casper and Wendy at the Beach 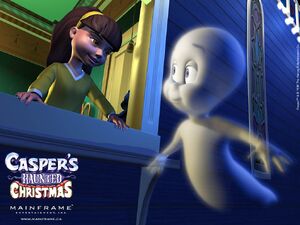