Casserole (by her parents)

Staying away from Icarus

Avoid Icarus at all costs

Cassandra is a character in Disney's animated series, Hercules. She is a close friend of Hercules' and to a lesser extent Icarus, who is hopelessly in love with her, during their time in Prometheus Academy. She is voiced by Sandra Bernhard. Like most of the characters in the show she based around a figure from Greek folklore and mythology in her case the Cassandra who had been cursed by visions by the sun god Apollo after she rejected his advances.

Cassandra is an antisocial, moody and dry-witted teenager with a negative outlook on life, an archtype of modern day "gothic" teenagers, albeit to a humorous level. She is cursed with visions of terrible disasters and destruction which manifest sporadically though she is rarely believed, the cause of her pessimistic nature. Despite all this she is good friend to Hercules and although she regards Icarus as an annoyance and explicitly makes her dislike of him known she does genuinely consider him a friend.

In the show's finale, Cassandra is known to have become famous due to her visions, even gaining her own public show. 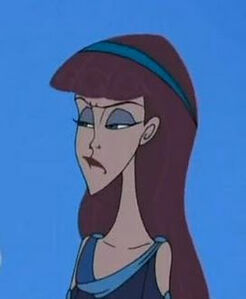 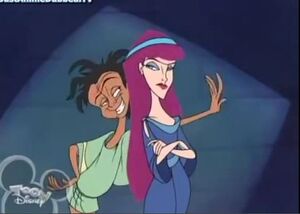 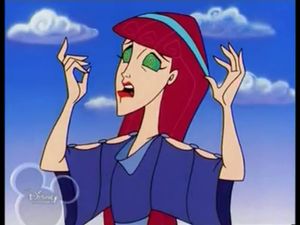 Retrieved from "https://hero.fandom.com/wiki/Cassandra_(Hercules)?oldid=1926949"
Community content is available under CC-BY-SA unless otherwise noted.