Catherine "Cat" Grant is the founder and former CEO of Catco Worldwide Media and the White House press secretary. She is the former assistant of Perry White and former gossip columnist at the Daily Planet, who later made a successful career over her own in the media industry, being known as "The Queen of all Media".

When Cat's employee Kara Danvers also known as Kara Zor-El revealed herself to the public as a superheroine, Cat nicknamed her "Supergirl" and helped make her the hero she is today. However, eventually realizing she needed to move on, Cat decided to take a leave of absence from CatCo to find bigger and better things to do.

Cat is a serious, professional, intelligent and often mercurial businesswoman. She is also arrogant, selfish, snarky, obnoxious and rude; all of which have earned her the contempt and resentment of many of her employees and much of the general public, both to whom she is indifferent. She is even oblivious to the existence of most of her employees, such as Winn Schott. Despite these negative traits of hers, Cat does still have respect for Clark Kent, her former co-worker who she has romantic feelings for, but she has a dislike for her other former co-worker Lois Lane, who she is openly rude towards, likely because the latter is in a relationship with Clark, Cat even has respect for her employee James Olsen, to the point where she appointed him as acting CEO of her company CatCo Worldwide Media, after she took a leave of absence.

Cat is a stereotypical feminine capitalist in a competitive economy run by men; she is ruthless, unapologetic, unsympathetic, uncompromising, and is often seen as mean-spirited. Money, fame, and power are her chief ambitions and they have shaped her into a forceful and controlling individual. She is not without a humane and tender spot, however, even though she thoroughly keeps it hidden for fear of being seen as weak or soft in the eyes of her competitors. She is also very sharp, as she was able to figure out that Barry Allen is the Flash faster than anyone on his own Earth, just based on her interactions with him (she later instantly recognized the Guardian as James Olsen because she recognized his eyes under his mask). She also displays considerations for others as she ultimately went with calling Barry the Flash as that was the name he branded himself rather than the Blur as she originally planned. Despite her negative traits she seems to have an inspirational side of her at times. She also seems to have strong morals as she convinced Supergirl not to go along with Maxwell Lord's plan to stop Non which would've caused a great amount of innocent casualties, and despite secretly knowing that Kara Danvers was Supergirl for a whole year, never exposed her to the public. 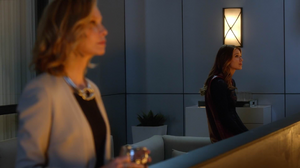 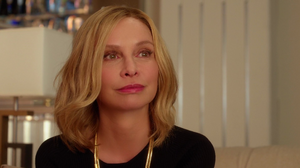 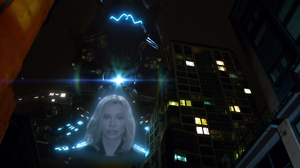