Catherine Deneuve is the French DigiDestined encounter by T.K. and Tai. She has a digimon partner, Floramon.

She was voiced by Megumi Urawa in the Japanese version and late Philece Sampler in the English version.

When a Control Spire and Digimon appeared in Paris Catherine and the other French DigiDestined are trying to handle the problem. But when she and Floramon were about to destroy the Control Spire, they became prisoners. But fortunately Tai, T.K. and Michel rescued her and Floramon. And then they began to destroy the Control Spire and send all the Digimon in Paris back to the Digital World. And then Paris was saved. And in the final episode Catherine and the all DigiDestined came to Digital World to defeat MaloMyotismon. And when MaloMyotismon was defeated, both the Human World and Digital World were saved, Thanks to all the DigiDestined.

She has their consciousness stolen from them by an Eosmon under the orders of Menona after she stole Izzy Izumi's database of DigiDestined. Catherine's body in the Real World collapses, unable to awaken. The Eosmon takes her consciousness to the Netherworld where she can live inside her memories so that she never has to lose her partner Digimon like Menoa did, and is de-aged into a child and brainwashed into thinking this is what she wanted. After Agumon -Yuki no Kizuna- and Gabumon -Yujo no Kizuna- destroy Eosmon's Mega form and Menoa is taken into the FBI's custody, Catherine is freed and regains consciousness in the Real World. 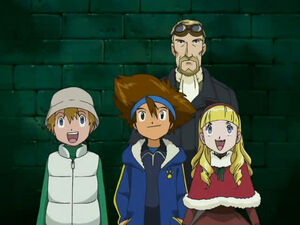 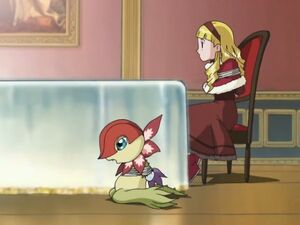 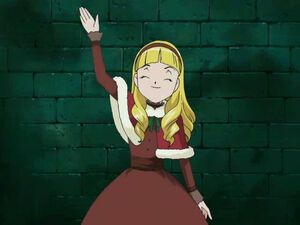 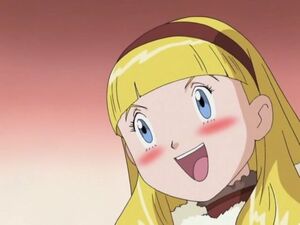 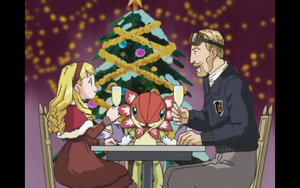