Force Captain for the Horde (formerly)

Co-leader of the Horde's forces on Etheria (formerly)

Help the Horde conquer all of Etheria (formerly; abandoned).

Get revenge on Adora/She-Ra for leaving her (formerly).
Reconcile with Adora and help the Rebellion defeat Horde Prime (succeeded).

Catra was Adora's childhood best friend and is obsessed with her, as she has feelings for Adora, but in the first season, Catra felt hurt and betrayed when Adora joined the Rebellion and became She-Ra. She is She-Ra's arch-rival-turned-lover during the war for the first four seasons, but reforms in the fifth and final season when Horde Prime arrives and joins the Rebellion against him. Catra reconciles with Adora, and they fall in love.

She is voiced by AJ Michalka, who also voiced Stevonnie in Steven Universe.

Catra is a slender, tan-skinned girl of feline origins with athlete body physics. She has angular features, such as a pointed chin, straight nose, and slanted almond-shaped, heterochromatic eyes in the shades pale yellow (Left) and turquoise (Right). She features three freckles on her cheeks, soft curving dark eyebrows, and a thin fiendish smile with fanged teeth. Due to her feline display and ancestry, she is depicted as a young woman with sharp claws on her hands and toes, small fangs, large, black, catlike ears, and horizontal markings on her arms and three on her back that resemble a tabby cat's stripes. She also sports wild, slicked back, spiked, grayish-brown hair held back behind a cat-inspired reddish-brown headpiece. She wears a two-toned orange leotard tank top over torn reddish-violet leggings that wrap around the foot, exposing her toes and heels. Additionally, she's seen in two belts, the thicker of the pair sporting the Horde symbol, and, as the show progresses, we see her sport the Force Captain pin on her shirt over her heart.

Catra is a fairly teasing, lazy, irritable, cynical, disrespectful, impulsive and provocative girl. Although she got along with her best friend Adora before she left the Horde, Catra doesn't seem to be able to be friends with anyone else since the childhood.

In her childhood, Catra was a lonely little girl, even if she enjoyed the company of Adora with whom she spent time having fun. Because of Shadow Weaver’s mistreatment and favoritism away from Adora, Catra developed a feeling of inferiority because she believed she was living in Adora’s shadow and that would later make her the selfish, power hungry person that always needs to prove herself to be the best.

Thoughout the show she is also shown to be jealous, if someone is really close to adora.

At some point, Catra was abbandoned by her parents for unknown reasons and was raised by the dark sorceress Shadow Weaver alongside an orphan named Adora.

Shadow Weaver was a cruel and unforgiving mother figure, who would often times chastise, taunt and mock her in front of Adora.

When Adora left the Horde to defect to the Rebellion, Catra tried to bring Adora back to the Fright Zone - convinced that she was just confused and going through a ‘phase’.

But Catra slowly began to realize that Adora's absence opened the opportunity to step out from her friend’s shadow for the first time in her life - and she began to allow the anger she felt after Adora left to fuel her ambition with the Horde.

Ultimately, she casts aside her friendship in favor of her newfound strength and achievements, basking in the glory she has attained without Adora's aid. However, Catra's rage, anger, and sadness began to weigh heavily on her despite achieving multiple military victories over the Princess Alliance and thanks to the psychoanalysis of the treacherous Double Trouble, she became dejected with herself and confronted her own inner struggles and question her motivations.

In Season Five, Catra finally accepts that the choices she made and the people that she hurt had destroyed her, and that her ruthless ambition was just hiding the pain she felt in wanting to be accepted by others. She redeems herself, renews her friendship with Adora, fights for the Rebellion and joins The Best Friends Squad.

In the series finale, she confesses her love to Adora and becomes her girlfriend.

Catra is said by the creators to be 17-18 years old at the beginning of the series and 20-21 years old by the end of it as, according to Noelle, three years has passed since Season One. 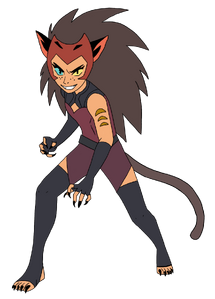 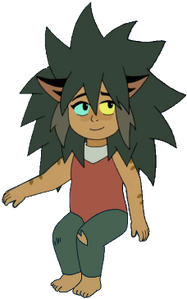 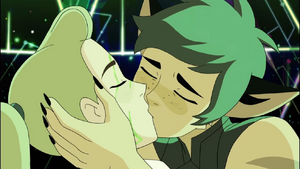 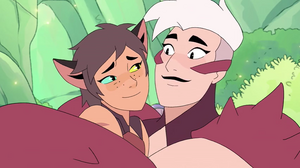 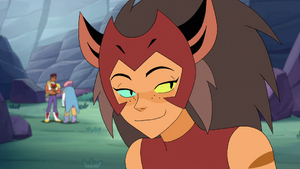 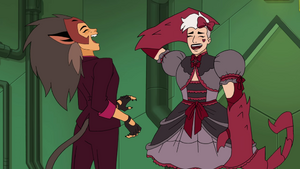 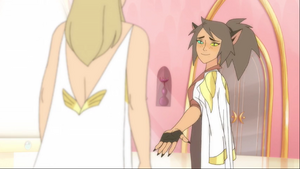 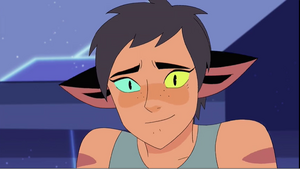 Catra with The Rebellion in the intro of the season five 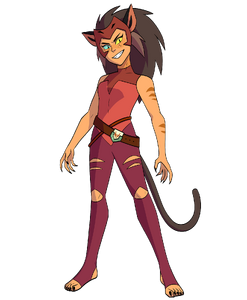 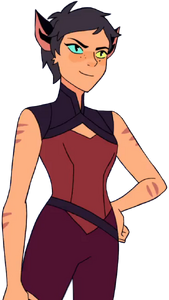 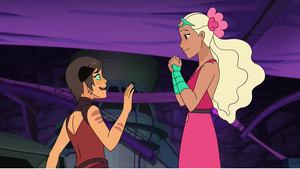 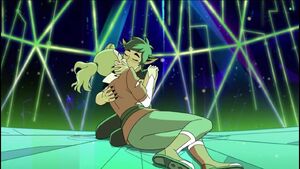 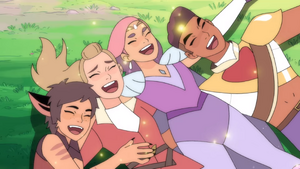 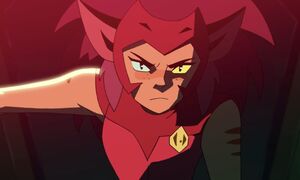 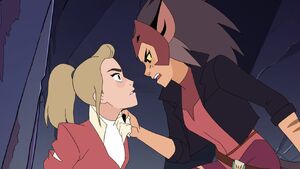 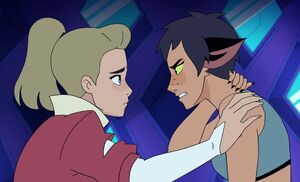 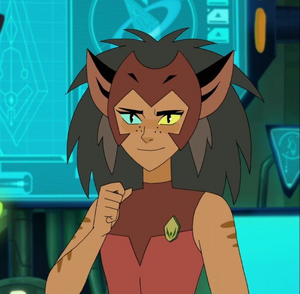 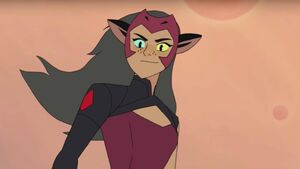 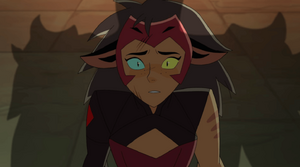 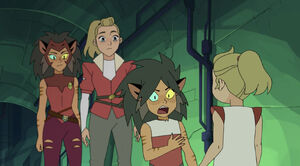 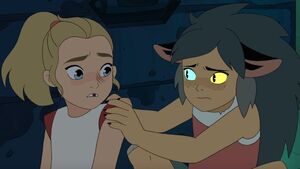 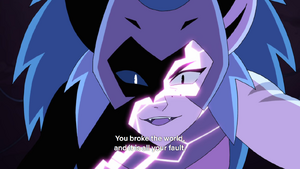 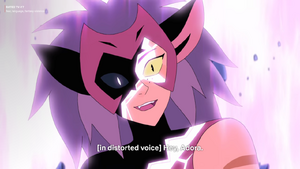 Retrieved from "https://hero.fandom.com/wiki/Catra_(Netflix_Reboot)?oldid=2316350"
Community content is available under CC-BY-SA unless otherwise noted.