Following the payer (only tamed cats)

Cats, formerly Ocelots, are benevolent mobs in Minecraft. They are one of the known tamable mobs in the game. They commonly act as companions, or backup to the players, and will scare all of the creepers tried to kill them.

Tamed cats are often portrayed as loyal, kind, cute, friendly, passive, loving, and trustworthy creatures, and they follow these traits in the game, mostly to their owners.

Wild cats are simply passive and self-aware, and will run away from any players if they come near them.

Cats are often found in villages as of the 1.14 update, and once tamed, they will follow their owners to wherever they want to go. Cats also unintentionally help the player in deadly situations, one notable situation is whenever the creeper attempts to kill the player, but saw a cat from their side, the creeper will eventually retreat from the player without hesitation. Cats are very loyal to the player, but sometimes will act just a normal cat as usual. As always, cats are known to help the player in deadly creeper situations.

Once two cats with a newly bred kitten. When tamed cats are fed an uncooked fish of any kind, they will enter love mode. Breeding will create a kitten, and the parents cannot be bred again for a five-minute delay. The kitten will have the breed and owner of one of the parents. Sitting cats cannot themselves breed, but a mobile cat can breed with a sitting cat, in which case the kitten's breed and owner will always match the mobile cat's. The growth of baby cats can be slowly accelerated using raw fish. Each use takes 10% off the remaining time to grow up. 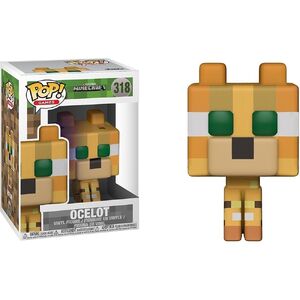 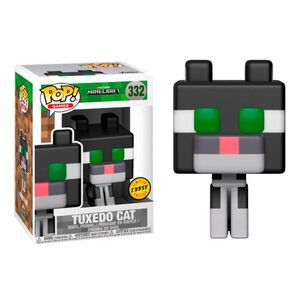