First year student at the IS Academy

Hanging out with Ichika and the others, Cooking

Cecilia Alcott is the 2nd heroine to be introduced in the Infinite Stratos series and is a first year student at the IS academy and is the IS cadet representative from England, as part of the British Aristrocracy. She is skilled in other areas. She is said to be good at playing the violin and piano. She is also a skilled tennis player, being able to win the tournament held by the tennis club at the IS Academy.

She takes the appearance of a teenage British girl who has blue eyes, long blonde hair, and wears a blue headband. Her IS Academy uniform is slightly modified with a long skirt with black frills at the end of the skirt and sleeves. For her IS practice and battles, she wears the blue version of their training uniform. Her IS in standby mode takes the form of ear accessories. She has a very good figure and looks that Ichika has compared to that of a model; she has admitted that she has worked as one in the past.

Cecilia is depicted as quite an arrogant girl, due to the fact she is a representative of another country. Being the snob from a noble family, she seems to think her country is far superior to other countries, and because of that, Ichika challenged her to a duel. But behind her confident exterior lies a disturbed soul. Due to her father being a very insignificant person who has no role inside or outside the family, she desires to marry someone who is strong. Furthermore, being the sole heir of the family fortune after her family died in a train accident, she was forced to protect it from those who wanted to steal it.

After fighting with Ichika, she starts showing an interest in him (being the only man who did not back down from her challenge) and affectionately calls him "Ichika-san", which confuses him and annoys Houki. She tries to find ways to be alone with him (often using the excuse that as a gentleman, Ichika must keep his promises or perform duties of the sort), only to be thwarted by either Houki or her classmates, who once told her comically that they would not let her get ahead in getting his attention. She doesn't mind putting aside her usually arrogant attitude in order to get Ichika to help her do things she could do herself or wouldn't have needed him to do, something the others are quick to point out and get jealous over.

She apparently has certain delusions of being alone with Ichika, although she does feel embarrass about doing them nonetheless. These usually lead her to make bold suggestion when Ichika doing anything in regard to her body (such as when he was rubbing sun oil on her back or giving her a massage, she ask him to do it on her bottom for both) or wear lewd clothing that other girls tease her for wearing (including Chifuyu Orimura and her maid Chelsea Blackett). In Volume 6, when Cecilia won a massage from Ichika, she thought about either wearing the lingerie she brought before or even not wearing any underwear at all for it, although she didn't do either. As well, during the massage, she ask if she should undress the lower part to make it easier to massage, something Ichika compare her to Tatenashi for saying.

She has also showed "yandere" tendencies with Lingyin as shown in episode 9 while they were stalking Ichika while he was out shopping with Charlotte and in episode 12 after the battle where she almost succeeded in shooting Ichika point blank in the head with one of her optical drones when he was about to lean in closer to Houki (thinking that he was about to kiss her). At the end of Volume 2 (equivalent to the end of episode 8), a difference was when Laura kissed Ichika, Cecilia attempted to snipe Ichika when he was trying to escape.

Her knowledge of IS is suggested to be high, as she was able to score high on an aptitude test at a very young age, thus earning the government's attention and gaining her a personal IS, Blue Tears.

As an A-Rank pilot, her skills are top-notch, being able to handle opponents by overwhelming them and avoiding attacks that can knock others down, although her overconfidence can sometimes undermine her skills and make her susceptible to certain attack styles that can be avoidable. In Volume 5, she considers herself to be the weakest among the girls as well as Ichika since she's the only one who should've lost to Ichika (only winning by a technicality). Also due to the nature of her unit (Blue Tears being able to attack multiple enemies without support from another IS), she does not know much on group formations and strategies. Later in the light novel, she learned to bend her laser beams at certain angles to give her an edge. 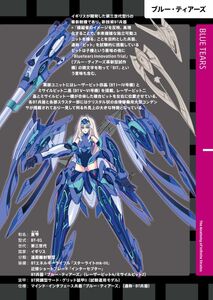 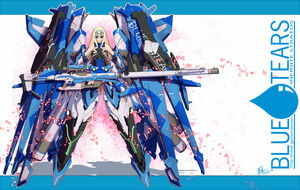 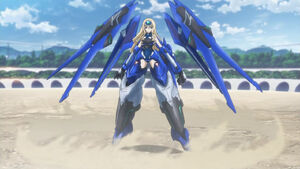 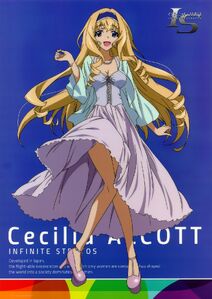 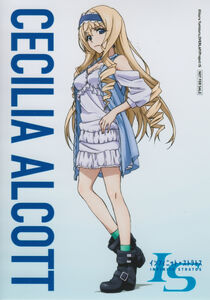 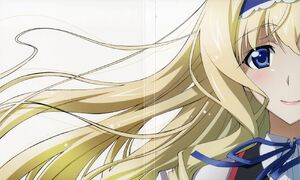 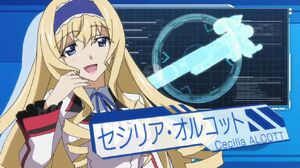 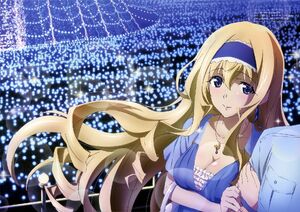 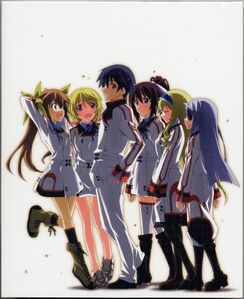 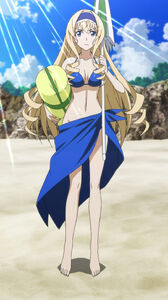 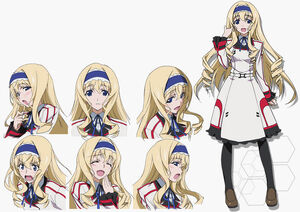 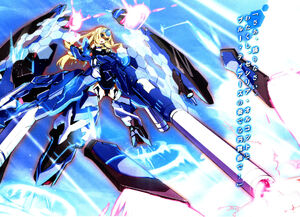 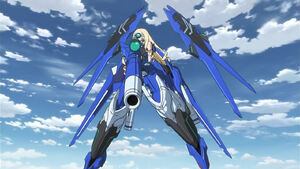 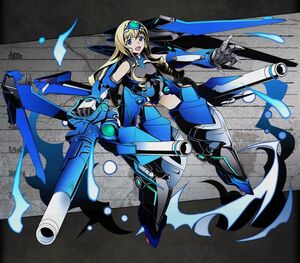 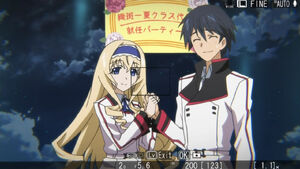 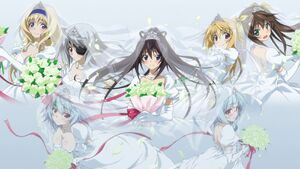