Cecilia Nuthatch is the tritagonist of We're Back! A Dinosaur's Story. She was a lonely yet cute and very beautiful girl whose parents don't spend time with her (at least not until the end).

Cecilia develops a crush on Louie and the two eventually become a couple.

She was voiced by Yeardley Smith in her only other animated role (aside from voicing Lisa Simpson in The Simpsons and in its film).

She first met Louie while Louie is running away from home. She cries and tells him about her parents' work and ignorance.

He convinces her to run away from home and introduces her to the dinosaurs, including Rex.

Louie begins to have romantic feelings for her and Cecilia becomes attracted to Louie, something that confuses him. Louie allows the dinosaurs to be disguised as floats at a Thanksgiving Day Parade.

After the dinosaurs cause havoc in New York, she and Louie head to Central Park where the evil Professor Screweyes is running his own circus and meets the dinosaurs and made them the perfect addition for his circus.

He shows his "Brain Drain" pills to the two and allowing the children to devolve into monkeys. Rex and the other dinosaurs revert back into human beings by using the effects of the Brain Drain pills.

She and Louie manage to sneak in the show and save the dinosaurs. After Rex is released and Rex tries to attack Screweyes, Louie tells him not to do it due to making it worse as Rex listens to Louie. The dinosaurs regain their intellect with the kids' help. Cecilia then takes the opportunity to kiss Louie, to his surprise.

Captain Neweyes arrives in his aircraft as Cecilia, Louie and the dinosaurs leave the circus as Screweyes gets eaten up by crows.

Towards the end of the film, the dinosaurs begin to spend the day in the Museum of Natural History as Cecilia and Louie reconcile with their respective parents as they become a couple. 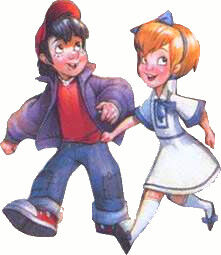 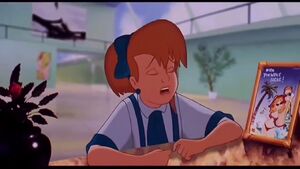 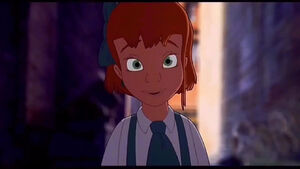 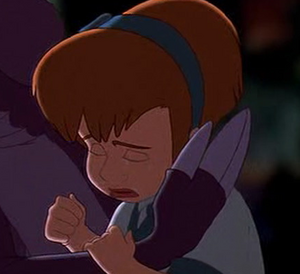 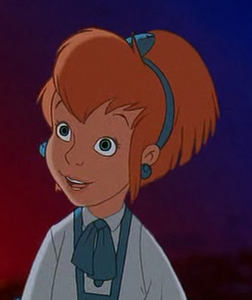