Manipulating generosity to her advantage, forcing anyone who dares to stand against her into submission

Celestia Ludenberg is one of the characters featured in Danganronpa: Trigger Happy Havoc.

Her title is Ultimate Gambler.

She is executed by being stood in front of a large crowd of Monokumas, standing stationary on a large pile of flammable wood. Her execution, The Burning of the Versailles Witch, shares the same similarities to that of a witch-hunt, something that seems to be preferred by Celestia given her love of the Gothic. A Monokuma lights the flammable wood with a flaming torch causing the fire to spread and surround Celestia, her choosing not to run. However while the fire is enveloped around her, a fire truck appears from the distance and mounts a ramp in order to crash into her and kill her instantly.

Celestia is 5'5" and weighs 101 lbs. She has a slim figure and pale skin. She has black hair in two large twin-drill pigtails however these appear to be clip-ons as mentioned in the art book and evidenced in the event of the girls bathing in Chapter 2, where she is seen without them. She has red eyes and gold circular earrings which have an image depicting the cross engraved into them with a red gem placed in the center of each. Celestia also wears black nail polish.

Celestia wears a gothic lolita-style outfit, consisting of a white blouse with a Peter-Pan collar, a black jacket that includes white ribbon lacing down the sleeves, fastened by a simple white ribbon across her chest to reveal her red tie (consisting of a butterfly pattern layered on top of various spears with skulls attached to it) and the waist of her skirt, which is many-tiered and features white lace.

Celestia wears knee-high stockings trimmed in ladder lace, red mary janes with a thick heel held on her feet by three grey buckles, a white lace Mob cap and a silver, Gunmetal plated ring (reminiscent of a Gunmetal Armour ring designed by Vivienne Westwood) layered in overlapping sections on her index finger which is likely her gambling lucky charm.

As an experienced gambler, Celestia appears to be a collected, cold and cunning girl. She possesses the ability to manipulate others to do her bidding and can lie with a straight face; this is shown when she is able to manipulate Hifumi to make her royal milk tea and further be her accomplice during Chapter 3. She is shown to be fairly intelligent, referencing several aspects of game theory such as Prisoner's Dilemma or Zero Sum Game and her manipulative and coercion skills are shown in Chapter 3, being able to deceive the majority of the students, including Byakuya up until the class trial. Her intelligence is also shown in previous cases in which she, alongside Kyoko, Byakuya, and Makoto are the ones to bring up crucial points and is also capable of keeping up with Byakuya and Kyoko's train of thought during the trials as well.

Celestia is a very ambitious girl, as she declared that she will do anything it takes to win, and is ready to go as far as murdering someone or manipulating others in cold blood. She is extremely selfish and values her life over the lives of others, stating she has no problem sacrificing others in order to save herself. She also has a lot of pride, refusing to surrender no matter how far into a corner she's pushed, as long as the chance for victory remains.

Celestia believes adaptability to be the key to survival, rather than strength or intellect, and she acts upon this by setting up measures such as the voluntarily imposed night-time curfew to protect the other students, as well as herself, from potential killers during the Killing School Life. She often reminds others to obey the curfew and is often annoyed when people such as Byakuya Togami violate the curfew, showing her authoritative and commanding nature. After the death of Chihiro, she coldly remarks that people who disobey the rules pay the price. In reality she was lying about having to adapt and more than anyone wanted to leave the school, showing how easy it is for her to hide her emotions.

Her mannerisms are strict, refined and her spoilt nature emphasizes this due to her aspiring to be like European royalty. She despises her real self as she dislikes ordinary and common things and considers her real identity and name to be one of "a loser". Celestia speaks softly and smiles often in order to imitate Victorian mannerisms and etiquette as a lady. She usually uses polite language whenever she talks to the others, but her short-temperedness surfaces when something fails to go as well as she expects it to, such as when Hifumi fails to make her royal milk tea as she likes it. Another example is during the third Class Trial when she's accused of being the blackened, Celestia quickly lost her composure after being accused of murder. She shouted and denied accusations towards her with unusually rude mannerisms, often using vulgar language.

As the Queen of Liars, Celestia claimed that she can even fool her own emotions, but this doesn't seem to be entirely the case. She appears to lack empathy and claims that she feels no guilt for the nefarious acts she committed in the gambling underworld. Despite her status as a consummate liar, before she was executed she presented a smile but Makoto was still able to recognize her fear within. Celestia has a habit of deceiving her own emotions and so even in defeat always keeps a constant poise. 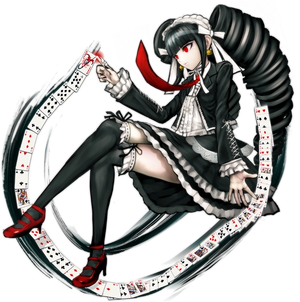 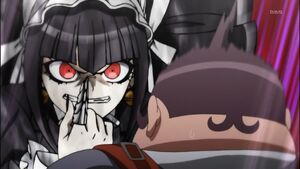 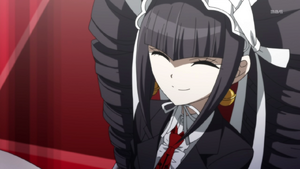 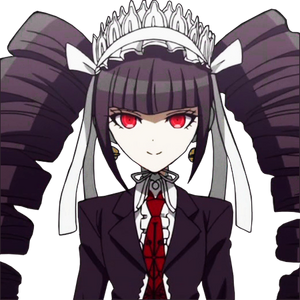 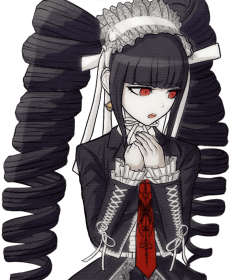 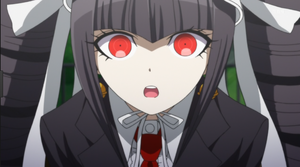 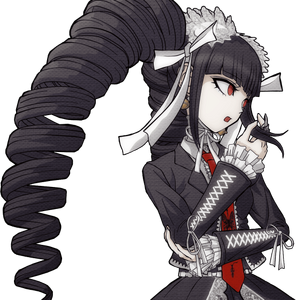 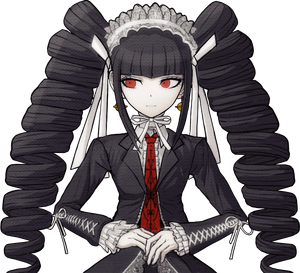 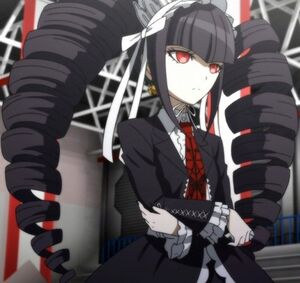 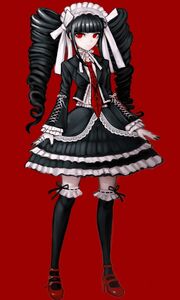 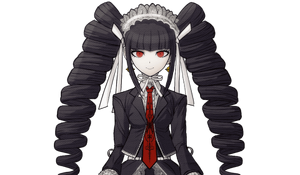