To see Ragna once again (succeeded)

Bond Protector
Celica A. Mercury is a heroine from BlazBlue who is the younger sister of Konoe A. Mercury, and aunt of Kokonoe. Her role is further explained in BlazBlue: Phase 0. She is a playable character in the arcade version of BlazBlue: Chronophantasma.

She is voiced by Iori Nomizu in the Japanese version, and by Carrie Savage in the English version.

Celica A. Mercury was Nine's younger sister, Jubei's sister-in-law, and Kokonoe's aunt. She had brown hair in her youth, and was naturally gifted in the use of healing magic. She was stubborn and unable to ignore those who are in need. She briefly traveled with Bloodedge during the Dark War, whilst trying to find information about her father, Shūichirō Ayatsuki. After the Dark War, she watched over the Black Beast's remains and built a church, waiting for a chance to reunite with Bloodedge. She later was the foster parent of Ragna, Jin and Saya, and was killed by Yuuki Terumi in 2192.

She was also the previous owner of the Nox Nyctores, Deus Machina: Nirvana. At some time before Celica began caring for Ragna, Jin and Saya, she and Trinity Glassfield sealed Nirvana. Not much is known about Nirvana's time with Celica; it is only known that Celica was very close to her and was immensely upset about sealing Nirvana, and hoped that she would forgive her.

Celica is brought back by Kokonoe to activate Kushinada's Lynchpin. This particular Celica is not actually the original; she is, is in fact, a kind of time-displaced duplicate called a "Chronophantasma", that Kokonoe made by making a copy of Celica's soul from a point in time where she had entered the Boundary and placing it in a cloned body. At first, Celica was ready and willing to be used to activate the Lynchpin, but when Ragna had returned from a trip to the past, he and Noel urged her to not throw her life away so easily. Kokonoe made a copy of Nirvana for Celica called Ex Machina: Minerva, which both protects her and acts as an amplifier for her powers.

After the Dark War, she was seen wearing a nun uniform.

Celica is a kind, generous, and sociable person who deeply loves her sister and friends. She is a sentimental individual who maintains a firm stance that all life is precious and will use her healing magic to assist those in need of it, regardless of who or what they are. She is also shown to be selfless to the point that she will shield a person with her own body without any hesitation. She develops affection toward Bloodedge as time goes by and seems to idolize him. She had difficulty interacting with Kazuma Kuvaru due to the uneasy feelings his presence evoked within her. It has also been noted by people (particularly Bloodedge) that she has no sense of direction, which usually ends with her getting lost.

She is also shown to be very stubborn, such as when she ignores her sister's warnings and heads to Japan by herself to search for her missing father and is also unwilling to admit that she has a poor sense of direction, leading to frequent quarrels between her and Ragna, which had once ended up with Mitsuyoshi attacking Ragna, falsely believing that he was bullying Celica as he had been trying to snatch the map from her.

She is suggested to have been in love with Ragna in the epilogue of Phase 0, where Nine and Jubei goes to her church to tell her that they wished to hold their wedding there. When Nine asks Celica about her current happiness, whether if she should have become a magician or even get married, Celica replied with her promise to Ragna, that she was willing to wait for him to return so that "she could meet him once more", "even if it will take many years, even if it will take many decades", and then she would return his sword and jacket to him, since "he had promised to come back to get it back after all". This is proven in one of the gag endings in Chronophantasma where the Spectacles of Eros is placed on Ragna once again, and Celica is shown to be unaffected, meaning that she truly loves Ragna.

Celica has the rare ability to use healing magic. She has been shown to heal most wounds, although she cannot use her magic to remove illnesses such as seithr poisoning. She has also exhibited the latent ability to suppress seithr, and it is for this reason that Bloodedge looses the ability to use his right arm, right eye, and the Azure Grimoire.

It is also for this reason that Celica is the key to Kushinada's Lynchpin, a device created to seal the seithr within the Gate, and thus disrupt the source of the Black Beast's power.Her true power is control over the flow of life. The healing powers, displayed even before she learned magic, are a manifestation of it. At the time of the Dark War, very few people were able to use it, and even fewer at her level.

She is also capable of accurately feeling other peoples' presence, as she is the one that confirms that Phantom is Nine. Hakumen compares it to an intuition sharper than any logic could ever be.

Celica is also mentioned to be capable of casting quite powerful barriers or protection spells, to the point that even some time after her death, Kokonoe herself still had a hard time entering the area around the church. Besides protection spells, Celica is also very capable of using floating Magic and Magic which can create spheres of light. She knows how to produce lightning via Magic but never actually does so as the noise generated frightens her.

Gameplay wise, Celica's Drive is Minerva in which she uses the Ex Machina: Minerva to help her fight against her opponents. Celica will heal herself and Minerva with her Overdrive, Regelite, and can use Minerva in a multitude of ways to help deal damage to her opponent. 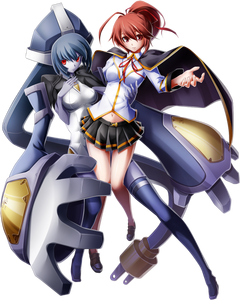 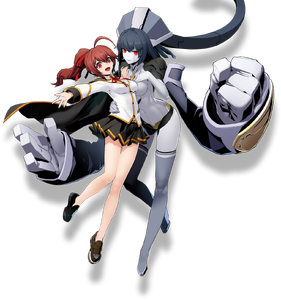 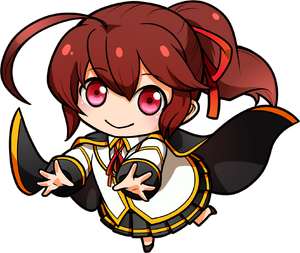 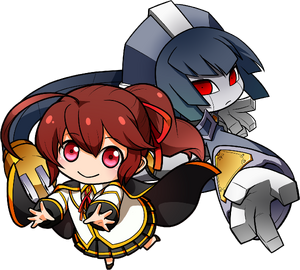 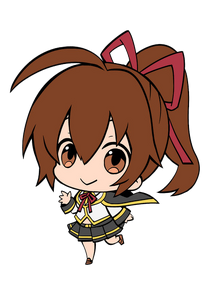