Get Glenn to become a teacher at Alzano Imperial Magic Academy. (succeeded)

Help Glenn and the others bring down the Researchers of Divine Wisdom. (currently)

Celica Arfonia, also known as the Witch of Ashes, is a major character in Akashic Records of Bastard Magic Instructor, including it's light novels, anime and manga. She is operative #21, known as "The World" of the Imperial Court Mage Corps Special Missions Annex and later the adoptive mother of Glenn Radars. She is renowned as the greatest mage on the continent and one of the heroes of humanity. She is also the main protagonist of a side story Memory Records Volume 1, "Heavens, the Lonesome Witch".

She was voiced by Eri Kitamura in the Japanese version and Morgan Garrett in the English version in the anime.

Most of her past is still unknown due to Celica forgotten her memories before to the 400 years. But she was involved in the Fengumi War that occurred 40 years ago and was part of "The Six Heroes". After the war, she joined the Imperial Court Mage Corps, where she became operative #21 and was known as "The World".

During that time, Celica was sent to a village to exterminate the Lich and its Thralls. She was being avoided by everyone in the village, this results to leading many rumors about her, but young boy named Glenn was the only person that made contacted with her, because he admired magicians, especially her. At first she finds him annoying when they meet, but as she starts to bond with him as a result of his persistence to keep visiting and care for her. Celica starts to feel happy with his company and even offering him to stay with her since he doesn't have anyone either.

However, sometime later, Glenn was kidnap, Celica immediately went to save the young boy and cross paths with the Lich with Glenn. She saves the young boy from the Lich, checking on him and happy to see he's okay. While being she was thrilled with happiness, Glenn stabs her with a dagger and backs away from her. As Celica was wounded to the ground, she bewildered why Glenn stab her, its revealed that the true Lich was Henrietta Dool, a former member of the Imperial Court Mage Corps. She tells Celica that Glenn is one of her Thralls and this was her plan for humiliating her. She then tells her she is going humiliate her by having her Thralls rape her until her mind broke and slowly kill her. However, Celica uses her magic "Extinction Ray" which killed both Glenn and Henrietta.

After the event, she still mourned to Glenn and realizes her own loneliness because of him, this even caused her to give up her will to live. But then, she heard a voice in Henrietta's basement, which she founds a boy that resembles Glenn. But boy lost all of his memories by Henrietta's experiments, including his name. With all the villagers dead, Celica decides to adopt the boy and named him "Glenn Radars".

During his time with her, Celica teaches Glenn about magic and for unknown reasons, she left the coprs and later became a professor at Alzano Imperial Magic Academy.

Celica is a wise and intelligent woman who can be playful at the same time. He likes to joke a lot with Glenn for the antics he makes and is embarrassed. She has known Glenn for a long time and cares deeply for him. He is a mother figure after she was adopted by her family, she taught Glenn much of the magic she knows and uses to this day. As such, he recommends Glenn to be a substitute teacher even though his skills suggest he is not appropriate for the job.

Celica is a woman with light skin and orange eyes, she has long blond hair which covers her entire back, a braid hangs over her left shoulder. He is usually seen wearing a long black dress with a red border at the bottom to match the red pin on his hair, long black gloves and black shoes. 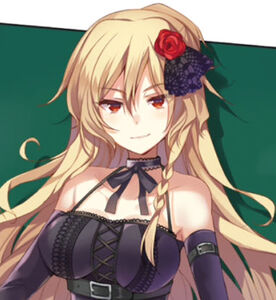 Celica in the light novel. 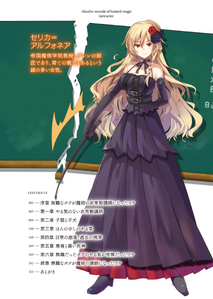 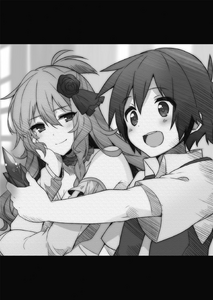 Celica training Glenn.
Add a photo to this gallery 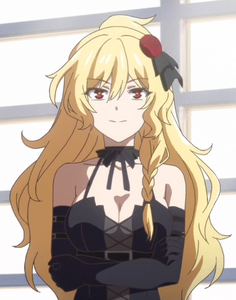 Celica in the anime. 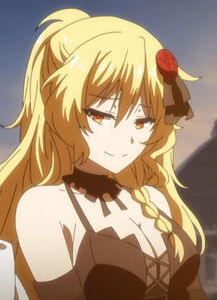 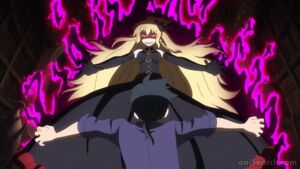 Celica's wrath.
Add a photo to this gallery 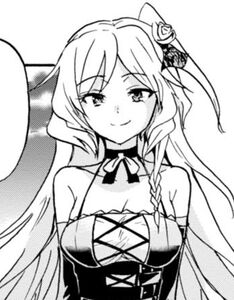 Celica in the manga.
Add a photo to this gallery 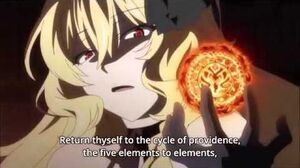 Celica, The next one won't miss Rokudenashi Majutsu Koushi to Akashic Records 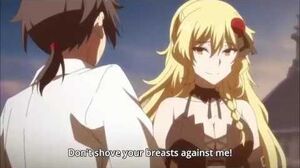 Glenn, Don't shove your breasts against me! Rokudenashi Majutsu Koushi to Akashic Records 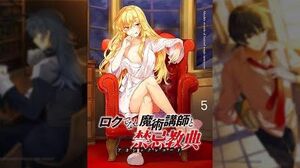 Konoyo no Setsuri wo Shirishi Mono Celica Arfonia -Rokudenashi Majutsu Koushi to Akashic Records
Add a photo to this gallery
Retrieved from "https://hero.fandom.com/wiki/Celica_Arfonia?oldid=1783585"
Community content is available under CC-BY-SA unless otherwise noted.