Celty Sturluson is one of the main protagonists of the light novel and anime series Durarara!. She is an Irish fairy called a Dullahan, who came to Japan 20 years prior to the story looking for her missing head, which was stolen by the doctor Shingen Kishitani. She is currently living with Shinra Kishitani, Shingen's son, with whom she is romantically involved and has loved her ever since he was a child. Her motorcycle is a familiar called a Cóiste Bodhar in disguise, which she has named Shooter and whose favoured alternate guise is a headless horse. Online, she is a member of both the Dollars and the Snake Hands.

She is voiced by MIyuki Sawashiro in the Japanese version of the anime and Kari Wahlgren in the English version, both of whom also voice Aranea Highwind.

In her early years, it is shown that Celty wore knight's armor as she traveled the country side with her head resting on her lap. When she immigrated to Japan, she updates her attire to match the times. For most of the series, Celty is shown to wear an all black biker jumpsuit with black gloves and shoes. All of her clothing is made from a shadow-like substance that materializes around her at her will. She also wears a yellow and blue helmet that vaguely resembles the shape of a cat's head. When in bed, she usually wears a pair of pink pyjamas. As far as physical features go, Celty isn't particularly imposing, although she does have above average strength. She is well-endowed, has pale white skin, and her head is shown to have brown hair and blue eyes.

Celty's personality is, ironically, one of the most normal and down-to-earth compared to most of the other cast, to the point that Shinra claims she is more human than most humans he knows. Although she was fairly emotionless in her early life, she has since developed a much more defined personality as she spent more time with humans. Initially, she considered Shinra to be a nuisance due to his unhealthy fascination with her, but as she became more human and emotional, she gradually started to return his feelings. Nevertheless, Celty states that there are still some aspects of human behaviour she'll never understand, such as why they make such a big deal out of having a day off from work.

Celty is generally a confident and optimistic individual, although she is not without her insecurities. Chief among these are her concerns about how people will react to her monstrous nature. In the start of the series, Celty tends to avoid most people as they usually react negatively upon realizing she has no head. However, she has recently begun opening up more to people as she encounters others who are not only accepting of the paranormal (such as with Shizuo or Anri) but seem to revel in it (such as Mikado or Izaya). Ultimately, Celty doesn't believe in the concept of a "normal person", since everyone has their secrets that they don't feel they can tell anyone, even the ones closest to them.

Even early on, Celty proves herself to be a very kind-hearted and friendly person dedicated to protecting the innocent, such as when she rescues a young girl who had fallen off a building, and comforts her by saying the world isn't as cruel as she thinks. While she will resort to violence if she deems it necessary, she is generally a pacifist, believing that violence only leads to more violence, and reacts with horror at Mikado's increasingly ruthless behaviour. She also gives a man posing as Shizuo money out of sympathy when he had been trying to scam her, though she didn't care enough to warn him that what he's doing could very likely get him killed (and almost did).

Aside from developing a more human personality, Celty has also developed a few human interests. She is shown to enjoy watching movies and playing video games. However, she has also developed an odd phobia of aliens, something that has been used for comic relief throughout the series, and even confuses Shinra. This fear may have to do with her being vivisected by Shigen while fully conscious shortly after she first came to Japan, which remains as her most traumatic memory.

Celty is very dedicated to her job as an underground transporter, to the point that she and Shinra hardly ever get to spend quality time together, causing the latter to deeply cherish the times that they can. During one such day off, he claims that she hadn't had a day off in 265 days. Part of this is due to her determination to track down her missing head and memories, which has been her life goal ever since coming to Japan. Shinra, however, is convinced that she doesn't need those memories and is fine the way she is. Celty takes this poorly at first, stating that she's forgetting what her face looks like and feels if she gives up, the past 20 years will have been a complete waste of time, suggesting an inability to let go of the past. After learning that Shinra knew where her head was all along and why he kept it from her, however, Celty becomes conflicted, and starts to cherish her life with Shinra more.

While she doesn't share Shinra's obsessive fascination, Celty does genuinely love Shinra, since he always accepted her for who she was and gave her a home in Japan. It's because of this that she deeply wants to keep her life with him, and claims that if she were to get her memories back, she still wouldn't leave him, though Shinra isn't convinced. Additionally, despite Shinra insisting that he only has eyes for her, to the point that he claims he would be asexual if she didn't exist, Celty worries that he might actually be attracted to Dullahans in general, and secretly fears that another one of her kind may come into their lives to take Shinra away from her. 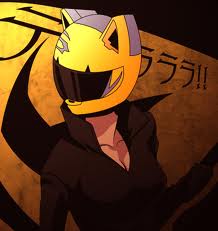 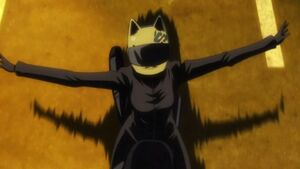 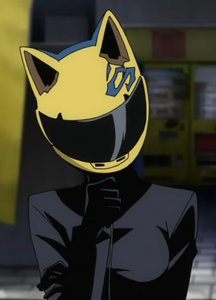 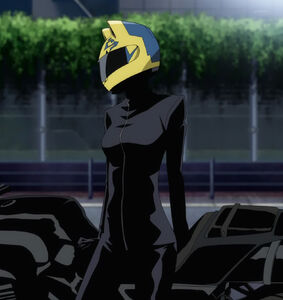 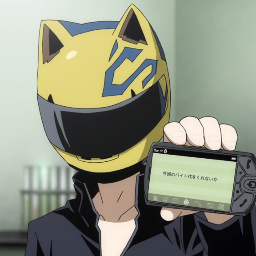 Celty holding up her communicator 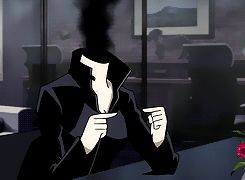 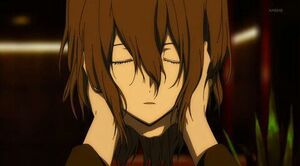 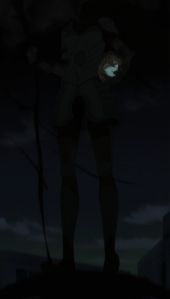 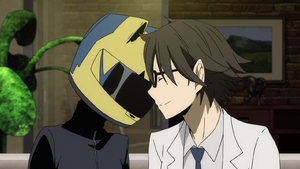 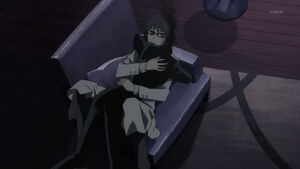 Celty seducing Shinra
Add a photo to this gallery
Retrieved from "https://hero.fandom.com/wiki/Celty_Sturluson?oldid=1780579"
Community content is available under CC-BY-SA unless otherwise noted.