The Centurion is the main protagonist of the 1988 beat 'em up video game, Altered Beast.

When Zeus's daughter Athena was kidnapped by the evil being known as Neff, Zeus ressurected a centurion to rescue his daughter, giving him the ability to transform  into several beasts.

In the first level in the game, he collects enough orbs to transform into a werewolf. Soon after that he encounters Neff who transforms into an ogre like monster. Soon after, the centurion defeats him and returns to his normal form and enters the next level.

He encounters Neff again and defeats him. In the level after that, he collects enough orbs to transform into a were tiger. He then encounters Neff for the 4th time and he transforms into a levitating crocodile like creature. He defeats him and proceeds to the next level.

After collecting enough orbs, he transforms into his final form, a golden werewolf. He then encounters Neff for the final time and he transforms into a bipedal rhinoceros. He then defeats him and rescues Athena. He then reunites her with Zeus; asthey celebrate their victorious battle against Neff, and his evil army of minions.

Centurion makes a cameo appearance as a Solo Unit attack for Ulala from Space Channel 5. 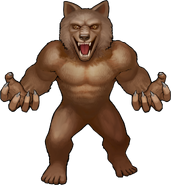 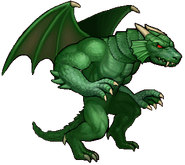