Cere Junda is the main protagonist of the comic book series Jedi Fallen Order - Dark Temple and the deuteragonist of the 2019 vido game Star Wars Jedi: Fallen Order. She is a former Jedi Knight during the Clone Wars. She took on Trilla Suduri as her apprentice and the two survived Order 66. Suduri turned to the dark side and became the Inquisitor known as the Second Sister. Junda became a mentor to another survivor of the purge, Cal Kestis.

She is voiced by Debra Wilson, who also voiced Storm in X-Men: The Official Game, Ellie in Ice Age 2: The Meltdown video game, and also voices Grace Walker in Wolfenstein II: The New Colossus and Wolfenstein: Youngblood.

Cere Junda was a padawan to master Eno Cordova. Junda and Cordova were later sent by the Jedi High Council to oversee an excavation of a temple located on the planet Ontotho but in the process, they were caught up in a battle between the Fylar Freedom Fighters and the local security forces. During the course of the battle, Junda often worked with the Fylar Freedom Fighters. She would eventually would attain the rank of Jedi Knight and take Trilla Suduri as her padawan.

At some point, she acquired a Holocron and would later upload Obi Wan Kenobi's altered Jedi beacon message to it.

When order 66 was issued Cere and her padawan Trilla managed to escape it alive with a group of younglings. After a tragic event resulting in her apprentice Trilla Suduri turned into the Dark Side and becomes an Inquisitor for the Empire, and afraid that she would be lured in by the pull of the Dark Side in her anger, Cere cut herself off from the Force. This effectively meant she was no longer a Jedi and not easy to find by the Empire. She remained connected to the Force to a degree, and was able to feel its call to her. Although rather than listening to the call, she rejected it. She would also sell her lightsaber kyber crystal, but keep the hilt until she gifted it to Cal in 14 BBY.

During the reign of the Galactic Empire, Junda became a mentor to Cal Kestis. 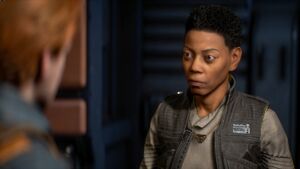 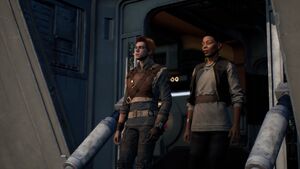 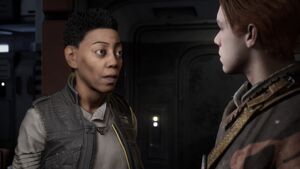 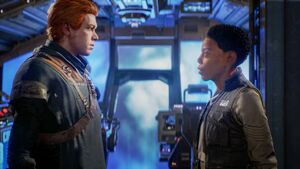 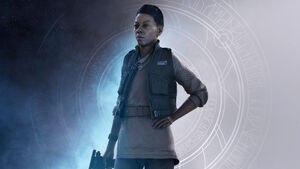