Cesar is a character in Dragon Quest Heroes II: Twin Kings and the Prophecy's End.

Prince of Jaiwarl kingdom, has been entrusted with the commander-in-chief of the army. Is a childhood friend of Razel and Theresia, reunite to two people the first time in four years in the war. Have been endeared as a personality, it is not attached hand and the blood up to your head. They were killed Jaiwarl King is the father, figure Orenka King and belief from the person you think that the offender was seen at the scene, also launch a war in Orenka in order to avenge his father's enemies, innocent as evidenced by Zebion King, and later fight together with Razel us to look for the enemy of my father. Weapons both hands sword. Can use the feats that have the attributes of fire, ice, lightning, can be added the same attributes to its use after a normal attack. Spell of Io system can also be cast. When high tension is hair handstand, you can activate a deathblow "Ultima Sword" that swings down the sword of huge light. 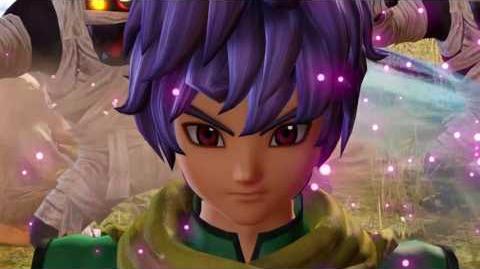 Dragon Quest Heroes 2 Demo
Add a photo to this gallery

Retrieved from "https://hero.fandom.com/wiki/Cesar_(Dragon_Quest_Heroes_II:_Twin_Kings_and_the_Prophecy%27s_End)?oldid=1774167"
Community content is available under CC-BY-SA unless otherwise noted.