Chōchō Akimichi is the daughter of Chōji Akimichi and Karui.

She is voiced by Ryōko Shiraishi in Japanese Version and Colleen O'Shaughnessey in the English Version.

Chōchō is dark-skinned with amber coloured eyes like her mother. She inherited her father's brown hair (portrayed as orange in the Boruto manga) which she wears in two spiky ponytails kept back with a pink hair-band. The rest of her hair is left hanging down behind her back, with her bangs hanging over her left eye. She wears a sleeveless red shirt with white pants in the epilogue. In Naruto Gaiden, she wears a sleeveless white kimono with a net T-shirt under it, a pair of black arm warmers, and a pair of black long shinobi boots. Like all members of the Akimichi clan, she's chubby. Also as customary of her clan, both of her ears are pierced by grey stud earrings. After graduating from the Academy, she started wearing a white forehead protector.

Like her father, Chōchō never turns down an invitation when it comes to food. This is evident when she skips her training with her fellow Ino–Shika–Chō members in favor of going to eat with her sensei Anko Mitarashi. Rather than feeling guilty for this, Chōchō displayed indifference to the consequences. In stark contrast to her father, who was always quick to rile when his weight was brought up, she was easily able to brush off being called fat. Her weight, in fact, doesn't seem to bother her at all, rather, Chōchō appears to be quite confident and self-assured — a trait she perhaps inherited from her mother.

A few years later, however, Chōchō started to become conscious about her weight and would actively try to lose a few pounds only to fail upon seeing her father's excessive eating habits. This, coupled with her own mother having no problem with their weight, has humorously caused Chōchō to believe she is adopted. Having chosen to walk down her own path, Chōchō believes in doing everything at her own pace. She seems to be somewhat self-centred as she thought many situations revolve around her, such as how she believed that Shin and Naruto only came for her and that she and Sarada were looking for her own father. Furthermore, she believed that Mitsuki only asked her to move away from Sarada and Boruto to give her a love confession. Likewise, her dislike of her parents' nature has made her become impulsively convinced that any random adult she finds impressive are possibly her real parents. Ironically, upon returning to the village following the battle with Shin Uchiha, she approaches her own father in the same manner, unaware of who he was as he had lost weight from the use Calorie Control during a mission with Ino. Chōchō is floored when she realizes it is Chōji and intrigued by his sudden weight loss. She becomes eager for him to teach her, believing his weight loss is the result of a secret Akimichi clan technique, unaware it is actually a side effect.

As a member of the Akimichi clan and her generation's Ino—Shika—Chō, Chōchō has begun learning the various body-expanding techniques of her clan as well as collaboration techniques with Inojin and Shikadai. She is also deceptively fast, being able to slip behind an opponent before they could notice — an instance of this being her evading the visual range of Shin Uchiha's Sharingan. Chōchō also possesses a considerable amount of chakra, being able to use the more advanced clan techniques without the need of Three Coloured Pills, a feat normally accomplished by a much more experienced Akimichi. 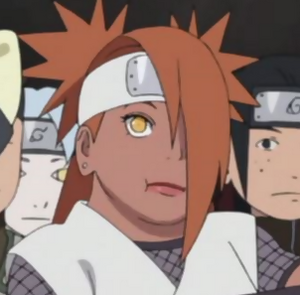 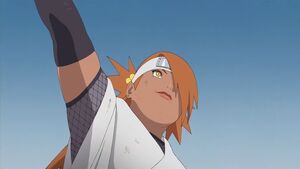 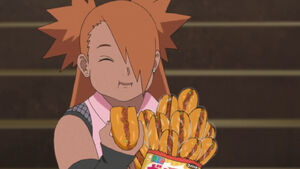 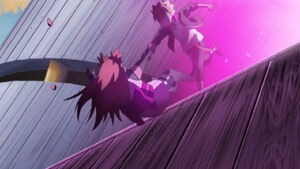 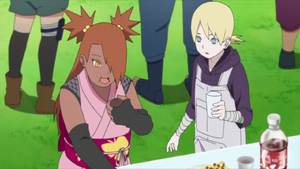 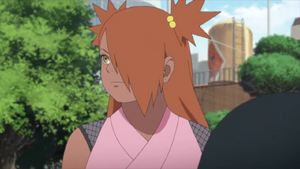 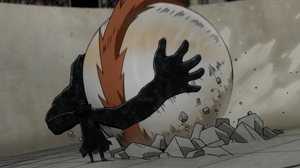 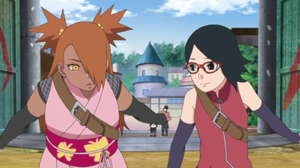 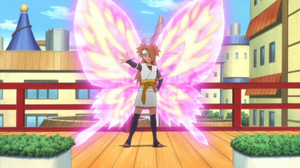 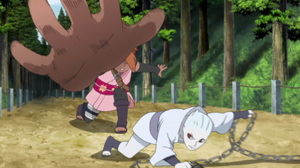 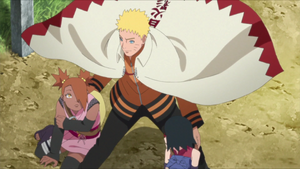 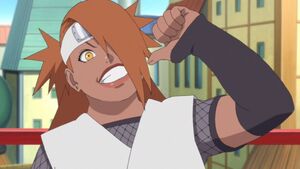 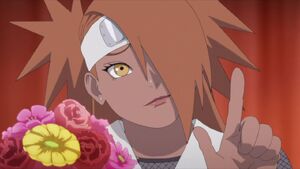 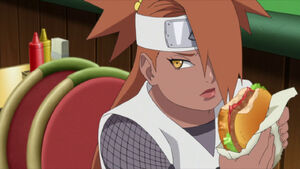 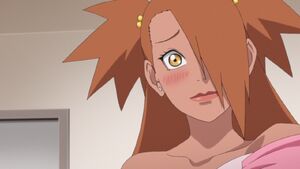 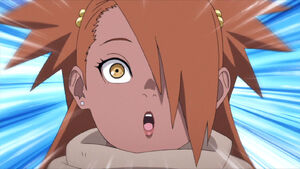