The Flower of the Breeze

Chai Xianghua is a character in the Soul series. First appearing in the second installment Soulcalibur, she has become one of the most recognizable and iconic characters in the franchise. What lies in her soul is Love.

She is voiced by Aya Hisakawa, Ryoko Shintani and Aya Suzaki in the Japanese version, and by Wendee Lee in the English version.

Xianghua is a notably upbeat, but otherwise confident girl. In battle, she is often very eager and mischievous, often times using quick and unexpected attacks to catch her opponents off guard. Whenever she cancels or feints an attack, she will often include her iconic catchphase "Just Kidding" into play.

Nonetheless Xianghua is very caring and protective of her friends, and is hinted to be very close to her traveling companion Kilik. She is a polite, friendly, lively, energetic, sweet, kind gentle, spunky and well spoken young girl. Xianghua is very ambitious and determined who loves to fight. Despite her kindness she is known to mock, tease and trick people. Xianghua likes to show off, gloat and flaunt but is also a girl who cares for others. She is also childish and is use to getting her way growing up with wealth made her a little bit spoiled. Xianghua has proven time and time again to be very faithful. She is a fun loving girl who sees the joy in everything and never gives up. Xianghua is extremely positive but also childish as well as petty. Even though she is a girl who likes action, adventure and thrills she does get bored easily. Her boredom is show when she yawns during a fight underestimating her opponents thinking they are not worth fighting.

Spirited, feisty, plucky, fiery, cheerful Xianghua is a girl who girl is always happy and can look out for herself. However is is also sassy and while she can fight well Xianghua also who can be a little bratty this is seen when is knocked down to the ground. Instead of getting back up to fight she kicks her on the ground whining and no no no. Xianghua is also arrogant, stubborn and charismatic. 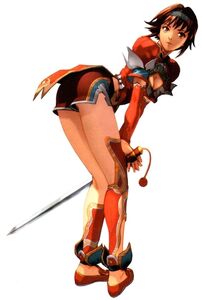 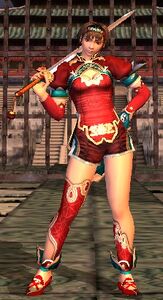 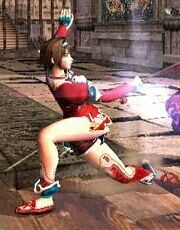 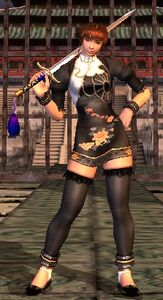 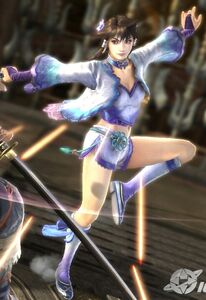 Retrieved from "https://hero.fandom.com/wiki/Chai_Xianghua?oldid=2087372"
Community content is available under CC-BY-SA unless otherwise noted.