God of Destruction of Universe 6

Much like his brother, Champa is very confident in his abilities and rather indifferent to other people dying. At the same time, Champa is shown to be very lazy, often asking Vados to handle matters for him. He is also shown to be underhanded and care little for rules and order, as he snuck into Universe 7 to collect its portion of the Super Dragon Balls set. He also seems to be more cunning in the sense that he added all of the different modifications in the tournament to support his fighters,such as adding the barrier during the fight with Vegeta and Magetta to support Magetta's abilities. Champa tends to carry himself in a less-dignified manner compared to Beerus, as he tends to avoid answering questions that incriminate or embarrass him. Unlike Beerus, Champa has not been seen with a very polite and sophisticated manner towards others when the time comes, further exemplifying his lack of emotional maturity. Champa is also shown to be very selfish and takes his rivalry with Beerus much more seriously. Upon learning of Universe 7's Earth providing Beerus with such wonderful food, Champa immediately voiced his desire to obtain the planet for himself. Also in competitions, Champa is a sore loser, going into a childish tantrum and making baseless accusations in hopes of getting his way.

He seems to be very worried and concerned when the Omni-King arrives, as if he knew that the tournament was against the rules in the sense that he should have not been avoiding his job. He also showed to be extremely frightened when the Omni-king threatened to appoint new gods of destruction, meaning he doesn't want to lose his position as god of destruction.

Champa is shown to have a strong like towards sweets, particularly in his drinks, which seems to be the driving reason for his larger frame. 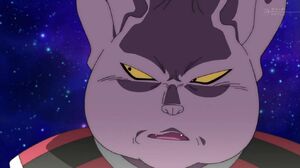 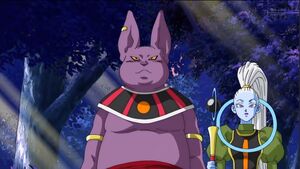 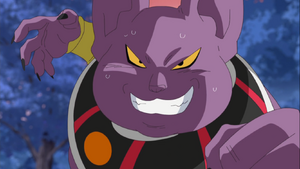 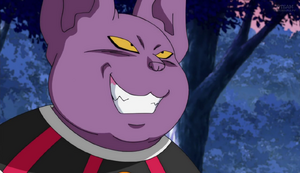 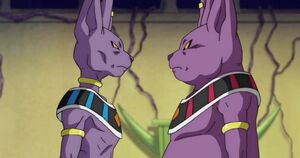 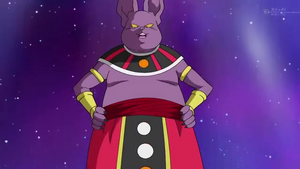 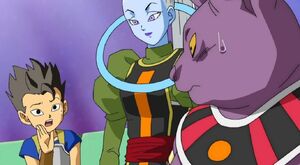 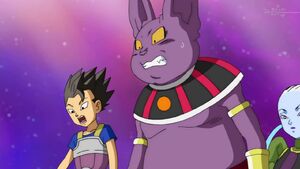 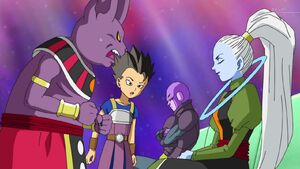 Champa mad at Vados for recruiting a evil villain like Frost to be on his team. 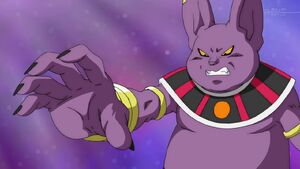 Champa angry and disgusted by Frost's lies and deception. 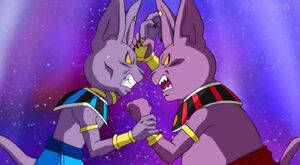 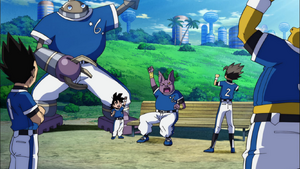 Champa and his baseball team ready to play. 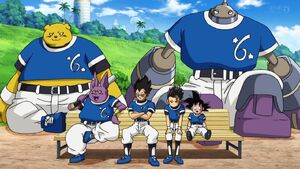 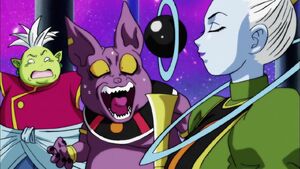 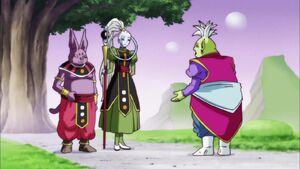 Champa and Vados discussing things with Fuwa on how they can save their universe. 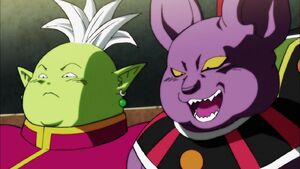 Champa and Fuwa watching the Tournament of Power 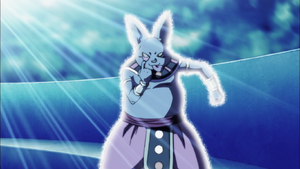 Champa’s farewell to Beerus before being erased 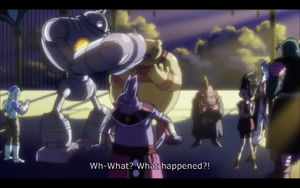 Champa and others has been resurrected 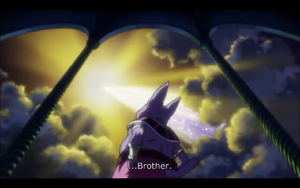 Retrieved from "https://hero.fandom.com/wiki/Champa?oldid=1774141"
Community content is available under CC-BY-SA unless otherwise noted.