Mute Amazon, Heroic Assassin, Related to Villain, Defector
Chane Laforet is a protagonist in the light novel and anime series Baccano!. She is the beautiful, dagger-wielding daughter of Huey Laforet and Renee Paramedes Branvillier, and is mortal despite the fact that both of her parents are immortal. Brainwashed from an early age to be loyal only to her father, Chane went so far as to 'give up her voice' so she would never betray his secrets. As a result, she normally communicates through writing, although she can communicate with her father via telepathy. After encountering Jacuzzi Splot and his gang, she began to question her morality, eventually betraying her father and joining Jacuzzi. She later becomes the wife of Claire Stanfield.

She is voiced by Ryo Hirohashi in the Japanese version of the anime and Monica Rial in the English version.

Chane bears a striking resemblance to her father and younger sister. The black hair and golden eyes aside, they all also share the same caucasian complexion and lean build. However, unlike the other two members of her family, Chane's features are more pointed and pronounced, with a pointier chin and less flowing bangs. Her hair is cut in a style that is uncommon for the Prohibition Era, being that the hair in the back is longer than her front bangs so that they do not interfere with her eyes, however these bangs slightly vary in length in covering the parts of her face.

She usually wears a strapped black dress adorned with a matching black rose on the far left side on the strap resembling a Spanish style.

Thanks to Huey's manipulation and brainwashing from birth Chane has only been taught to be loyal to her father and true to this childhood Chane is thoroughly devoted to Huey, nearly to the point of fanaticism as described by the members of the Lemures Cult. At a young age, she requested that Huey remove her voice so that she would be unable to reveal his secrets to anyone. (They communicate with each other telepathically, and as such even when they are apart so Huey can maintain contact with her.) The very thought of her father simply using her throws her into a rage and she was in complete denial of it (though later came to accept it).

In spite of this she was by no mean immoral to the extent that Huey was, and was openly against the idea of taking an entire train hostage even if it was for the release of her own father from prison.

However upon chaos that happened aboard the Flying Pussyfoot, including her run-in with the Rail Tracer and Ladd Russo proclaiming that Huey may just be using her (which was true) Chane began to grow more out of her shell and develop a more individual personality than what her father had originally intended. This was only furthered by her time with Jaccuzzi Splot and being kidnapped by Graham Spector. At first very confused by the kindness of Jaccuzzi Splot's gang, she began to question all that her father had taught her. Suddenly with friends and Claire Stanfield proclaiming his love for her, Chane began to further distance herself from her father's grasp and started to develope more into her own person and care more for her friends than before.

She even went so far as to openly side against her father's agents - the Lamia - consisting of even her own sister (though Chane is unaware of her sister's existence) and fighting along side the Legendary Assassin Vino despite once wanting to kill him to protect her father.

Chané is one of the most capable combatants in the series, capable of going toe-to-toe with Ladd Russo, Graham Specter, and Maria Barcelito, all of which are highly powerful fighters in their own right. She specializes in knives. She is athletic and light on her feet (able to fight on top of a moving train with ease), and sports superior reflexes - dodging Ladd's bullets and blocking them with her knives to name the most impressive examples.

She was responsible for numerous White Suit deaths aboard the Flying Pussyfoot, and the Lemures considered her their trump card against the other faction. 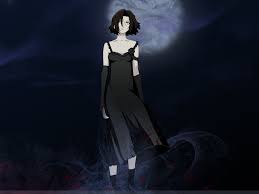 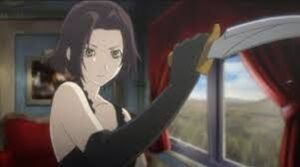 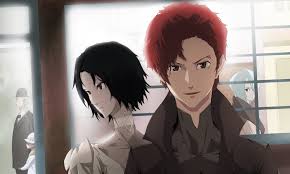 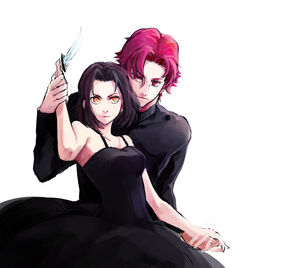 Retrieved from "https://hero.fandom.com/wiki/Chane_Laforet?oldid=1821589"
Community content is available under CC-BY-SA unless otherwise noted.