Get justice for Chris (murder victim of a hate crime)

Charlie is the hero from the 2000 suspense/thriller American film Urbania.  He journeys through New York's streets one night helping a lot of people with their personal struggles and eventually confronts his lover's murderer.

He is portrayed by Dan Futterman.

The five side encounters Charlie experiences are with the following people: the homeless man near his building, his friend Brett, a bartender named Matt, a man named Ron looking for a one-night stand, and his noisy upstairs neighbors. The sixth and final encounter is with Dean, the man who killed Chris, Charlie's lover, five months ago.

In each encounter, Charlie's good heart shines through his actions.

An interesting aspect of the movie is that a plethora of urban legends are referenced which include a man's kidney being stolen, and a dog being placed a microwave for quick drying. Hence, the name of the movie refers to both the urban setting and the urban legends during Charlie's journey.

As Charlie is walking through the dimly lit streets, he stops by his friend Brett's apartment. Charlie reminisces with Brett about Brett's last birthday party. In the birthday party, everyone is having fun and Brett is treated with a cake shaped like a penis. Brett is shown in a flashback as excitedly tearing off the penis-shaped cake's head and gobbling it up. In the present time, Brett now has AIDS and no longer has parties. The apartment is a mess and Brett mainly mopes all the time. Charlie gives Brett a comforting hug and tries to support his friend during this very difficult time. Brett is glad to see that Charlie still comes by and thanks him for the visit.

When Charlie stops by a bar called 'Karma' he chats with the bartender Matt. During the conversation, Charlie doesn't order anything and says he just wants to wait. He even leaves some money for taking up a spot at the bar. During the conversation, Matt shares an anecdote where a woman who paid him $150.00 just to see his penis. Charlie says he is looking for a man with a tattoo. Matt recognizes the man but doesn't know when the man will be back in the bar again.

After his visit with Brett, Charlie goes back to the bar to check with Matt if the tattooed man came by. During his conversation with Matt, Charlie notices another young man was looking at him before the man walked out of the bar. Matt hints that the man who left was gay and will let Charlie know if the tattooed man comes by. Charlie follows the man from the bar into the streets, into a store, and eventually into the man's apartment. During this time, the man shows great interest in Charlie and even buzzes him into his apartment building. When Charlie enters the man's apartment, the man starts seducing Charlie. There is a television in the background revealing that the man is an actor from a soap opera show. Charlie has some conversation with the man. Charlie learns the man is bisexual and this is his first time being with a man.

During the love making session, Charlie learns the man's name is Ron. Unfortunately, they both learn that they both only prefer being in the top position in love-making. Ron ends the love making and demands Charlie to leave. Charlie sees how trusting and naive Ron can be. Charlie says what would have happened if the man Ron invited took offense at something Ron said and started to cause trouble. Charlie pretends to be this type of 'dangerous' man by refusing to leave, throwing things at Ron, and calling him a slur. Charlie even points out how futile it would be to call the police because of tacit homophobia. Ron understands the message Charlie is saying. Charlie eventually leaves.

After the incident with Ron, Charlie is out strolling through the streets again. This time he sees his upstairs neighbors making out in the streets. This is not the first time the couple is displaying public affection. The couple is depicted at the beginning of the film as noisy love makers and making out on the stairs of their apartment building. The couple decide to go into a restaurant for a nice meal. Charlie follows them. All three have a nice conversation. Then, Charlie tells them indirectly how their public display of affection is frowned upon by others. The couple is upset and storms out of the restaurant. Charlie hopes his message got through to the couple.

As the couple is leaving the restaurant, Charlie finally sees the tattooed man. Charlie follows the tattooed man to the bar. Charlie buys the man a drink and strikes up a conversation. During the conversation, the tattooed man is revealed to do horrible things to his girlfriend. Charlie learns the man's name is Dean. Charlie befriends Dean. They both walk out of the bar and spend more time together. Dean makes homophobic comments when he sees a gay couple. As they are walking through the streets, Dean continues to drink alcohol and becomes increasingly drunk. They walk to a gay cruising area. Dean entices an unsuspecting gay man, but Charlie manages to warn the gay man to leave before Dean became violent. By this time, Dean is very drunk and is about to pass out. Charlie takes Dean on a drive to an abandoned marsh.

The film depicts Charlie now in an imaginary room with Chris. Everything is revealed in this scene. The tattooed man attacked Charlie and killed Chris five months ago. Charlie is telling Chris what he did to Dean at the marsh. Charlie says he killed Dean in the same way Dean killed Chris. However, Chris doesn't believe it because he knows Charlie isn't a killer. Charlie breaks down in tears and confesses he drove Dean to the marsh and just left him there. Charlie didn't kill Dean. Chris is glad to see Charlie is now beginning to heal from that terrible night. The scene ends and Charlie is shown to be at a memorial where Chris had died. The whole conversation with Chris is shown to be all in Charlie's head.

As Charlie walks back home, he sees a vision of Chris for a final goodbye kiss. 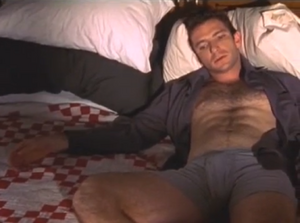 Charlie alone in bed at the beginning of the film 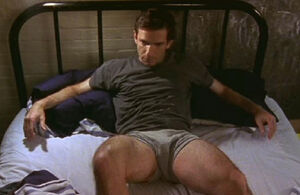 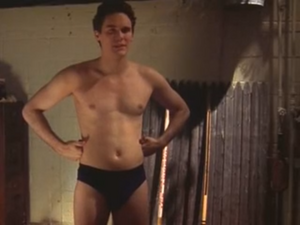 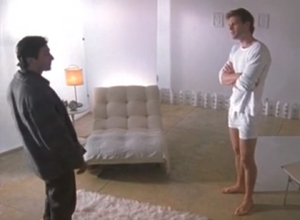 Charlie seeing Chris in a white room dressed in white 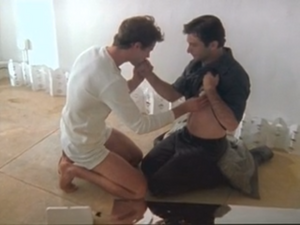 Chris tending to Charlie's wound
Add a photo to this gallery
Retrieved from "https://hero.fandom.com/wiki/Charlie_(Urbania)?oldid=1603219"
Community content is available under CC-BY-SA unless otherwise noted.