Help all students with their personal problems

All the students in his school

Charlie Bartlett is the hero in the 2007 American film Charlie Bartlett. He is a teenager who helps the other students in his high school. Charlie is an 18 year old white male, has curly brown hair, and has a very charismatic personality. He gets along with almost anyone he meets. He wears typical male teenage clothing such as solid-colored/patterned t-shirts, brown blazer, blue jeans, and black high-top sneakers. During the film, he eagerly transitions from white briefs to loose dark-colored boxer shorts for two major reasons: to increase his popularity with other students as he dispenses advice in the boys bathroom and to be more attractive to Susan, the principal's daughter.

He is portrayed by the late Anton Yelchin.

At the beginning of the film, Charlie is a teenager with a troubled past. He comes from a rich family. He is kicked out of several private schools before he is finally sent to a public school. He sees several psychiatrists to figure out why he cannot fit in with other students in a private school. When Charlie starts going to public school he makes a deal with one of the more influential students to provide some of his therapy drugs to the student body. In the process, Charlie also listens to other students problems and dispenses helpful advice. His services instantly makes him popular with most of the students of the school.

Throughout the film, Charlie is shown helping students with their various problems (lack of confidence, bullying, questioning of sexuality, etc.) However, the turning point in the story is when one seriously depressed student Kip Crombwell overdoses on drugs he obtained from Charlie. The drugs cannot be linked directly to Charlie but this incident stops the sale of prescription drugs in the school and tarnishes Charlie's reputation. Kip survives and Charlie helps him recover.

The main opposition to Charlie's activities is the school's principal Nathan Gardner (played by Robert Downey Jr). He lets Charlie operate as an ad-hoc psychiatrist to the students. However, when he finds out about Kip's overdose and the drugs his view towards Charlie becomes more antagonistic. The relationship becomes more strained when Nathan sees Charlie giving a prescription bag to his daughter and Nathan gets fired as principal after a school riot breaks out when Nathan gets Charlie arrested on assault charges (after Charlie punched him due to a reflex reaction).

Eventually, Charlie confronts Nathan about all the events that have happened and tries his best to help him. However, Charlie admits he is just a kid and doesn't know how to help Nathan. During the conversation, Nathan appears to commit suicide and Charlie tries to stop it. However, it turns out to be a misunderstanding and Nathan sees that Charlie is only trying to help others the best he can.

The film ends with Nathan becoming the new teacher in school and Charlie trying to apply for an internship in psychiatry. 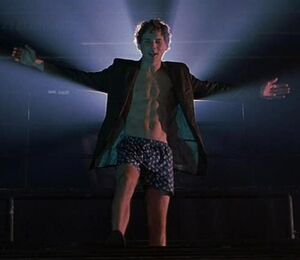 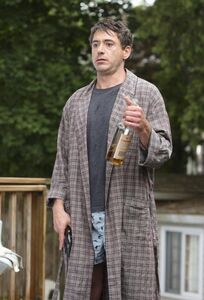 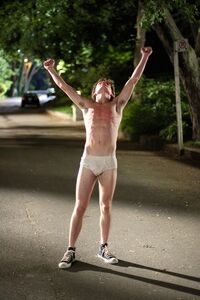 Charlie hopped up on goofballs 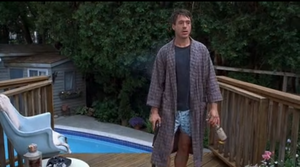 Retrieved from "https://hero.fandom.com/wiki/Charlie_Bartlett?oldid=1695888"
Community content is available under CC-BY-SA unless otherwise noted.