Cheer Bear is one of the ten original Care Bears who first debuted as a character on American Greetings cards in 1982. Ever since, she has been a main character in nearly every incarnation of the franchise.

She can always be identified by her carnation pink fur and multicolored rainbow Belly badge.

A very happy and perky bear who lives up to her name, Cheer Bear has made it her goal to help everyone to be joyous as she is (sometimes whether they like it not). Known to break into cheers and chants at the drop of a hat, this exuberant, bouncy, and just plain happy ball of pink fluff is only depressed when she can't lift someone's spirits, but that just means she has to try harder.

Her belly badge gives her the power to create rainbows with physical substance, which can be used to make just about anything she desires. 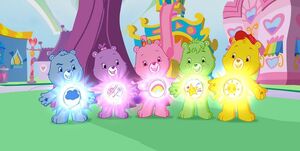 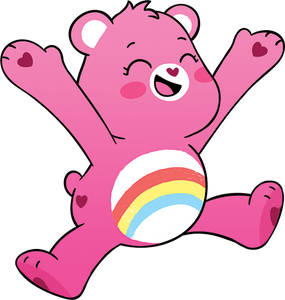 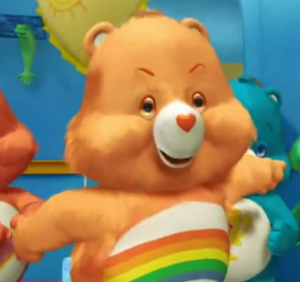 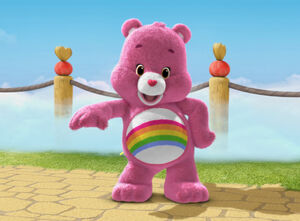 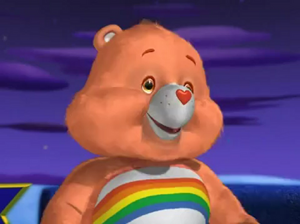 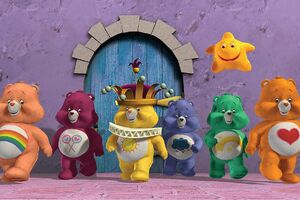 Retrieved from "https://hero.fandom.com/wiki/Cheer_Bear?oldid=1912295"
Community content is available under CC-BY-SA unless otherwise noted.