Not to be confused with Chell, main character of the "Portal" game series.

The Road to El Dorado

Being with Tulio an Meguel.

Chel is the deuteragonist from the DreamWorks film The Road to El Dorado.

She is a beautiful young native from El Dorado who discovers Tulio and Miguel's con and decides to play along. In exchange, she will return to Spain with them and get some of the gold. She falls in love with Tulio.

She is voiced by Rosie Perez.

Chel is cunning and clever: She sneaks around, trying to gather information on the two visitors, and even though she discovers that Tulio and Miguel are not gods, she keeps their secret, hoping to use them and their riches to fund her own escape. She's also very adventurous and prefers to do things without any set plan in mind. At the end of the movie, while Tulio and Miguel worry that they won't have a map or a plan to help them figure out their next adventure, Chel reassures them and tells them that it's more interesting that way.

Eventually she grows to care for the two con men and values them for who they are and not what she can get out of them. Her caring side also comes out when she is around children and animals.

She first runs in to Tulio and Miguel when she has stolen some treasure from the temple and is running away from some guards. Tulio and Miguel then save her from being punished. She then makes a deal with them (she helps them maintain their scam and they let her come back to Spain with them). Over the course of the movie Tulio becomes attracted to Chel and they become a couple. 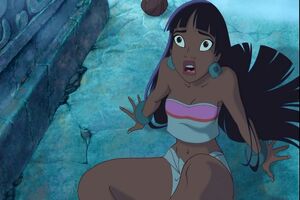 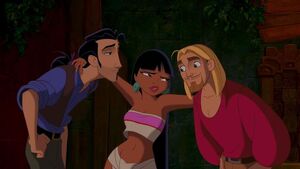 Chel insists to Miguel and Tulio that she's joining their scheme 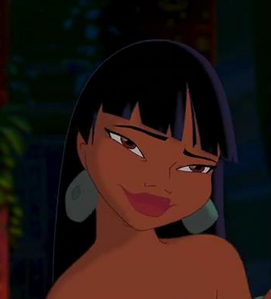 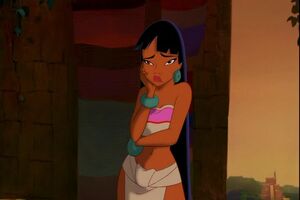 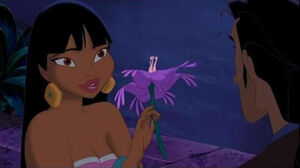 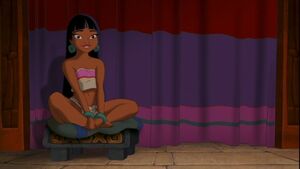 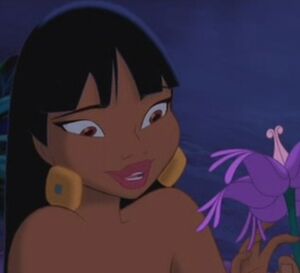 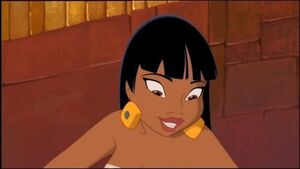 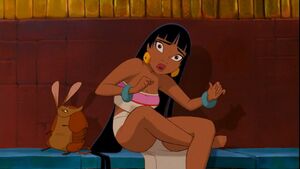 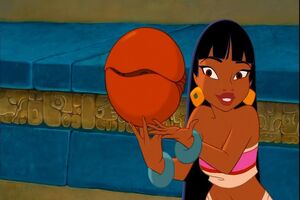 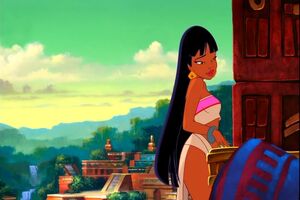 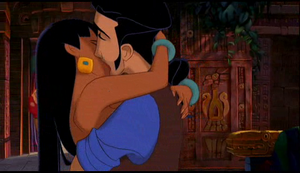 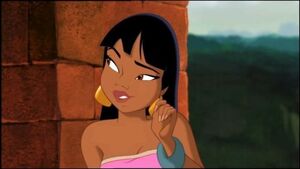 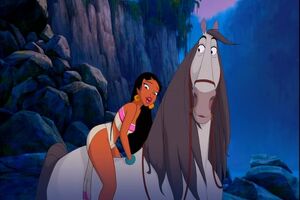 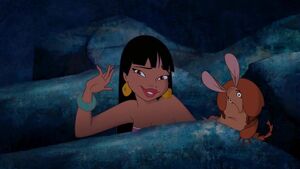 Chen waves goodbye to Tzekel Khan as he is dragged away by Cortez.
Add a photo to this gallery

Retrieved from "https://hero.fandom.com/wiki/Chel?oldid=2186946"
Community content is available under CC-BY-SA unless otherwise noted.