To solve all of GLaDOS' tests and defeat GLaDOS.

To defeat Wheatley and escape from the Aperture Science Facility. (both succeeded)

Mute Heroine
Chell is the main, silent protagonist of Portal and Portal 2 and a supporting character in LEGO Dimensions.

She was one of the scientists' daughters at Aperture Science and was made a test subject. Chell wakes up and has been put through various testing. Near the end of Portal, Chell had to destroy all the cores that were attached onto GLaDOS. Chell uses the Rocket Sentry to her advantage to explode all the cores off her and incinerate them. At the end she brought down the evil A.I.

In Portal 2, she is awoken from a slumber by an intelligence sphere named Wheatley. On the way to escape the facility, Wheatley accidentally reawakens GLaDOS. From then on Chell is forced into more testing until she and Wheatley defeat GLaDOS. When they did so, Wheatley made GLaDOS into a potato and went mad with power. In his rage he sent the duo into the underground facility of an old aperture.

Throughout more testing, Chell and POTaTOS find an elevator and confront Wheatley. After a battle which Chell sends Wheatley to the moon, GLaDOS goes back in command and chooses to let Chell go and to not come back.

Being a silent protagonist, her personality is difficult to understand. However, her actions provide insight to her nature. In Chell's file at Aperture Science, it's said that she's extremely stubborn and never gives up - no matter what. Her actions during gameplay reflect this heavily.

She is shown to be very creative and smart, due to her solving every test she's ever been a part of. When GLaDOS and Wheatley try to create crafty and deadly traps for Chell, Chell always finds a way out. Sometimes Chell uses portals to cause destruction to make progress through the facility.

Chell's silence is not due to circumstance, but of choice. She never speaks to GLaDOS as to never give her the satisfaction of a response. Doug Rattman, another character in the Portal universe, states that Chell was not remarkably athletic or speedy during her tests. GLaDOS constantly berates Chell on being "a horrible person", but this is most likely just to make Chell uncomfortable, since Chell killed GLaDOS in the first game. 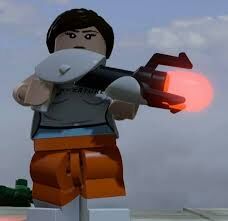 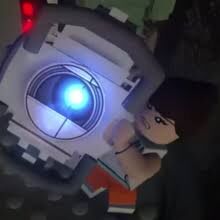 Chell and Wheatley in Lego Dimensions.
Add a photo to this gallery

Retrieved from "https://hero.fandom.com/wiki/Chell?oldid=2264258"
Community content is available under CC-BY-SA unless otherwise noted.