Chester is the Jester of the Ye Olde Time Fair who gives out tickets from his marotte as prizes.

Chester was seen blown his trumpet until he exhaust out from it. Knothead & Splinter helps him out and he gives them 20 tickets for their respect. Chester makes an announcement for anyone who will become king and queen of the fair for winning the most prized ticket and tells them to let the games begin.

Chester appeared when he saw Louie made the best shooting to Billy with paint balls from the crossbow-like paintball shooters, gave him 20 tickets for that and left. He tells Knothead & Splinter to get ready for the log polling competition and they can only attack their points with the patrol stick. Bill and Louie tries to cheat, but Knothead & Splinter defeated them and wins 20 ticket from Chester. Then, he show them the final game who ever defeats the black knight, (Himself), and enter the castle to win. Suddenly Chester get captured and tied up by Billy and Louie. They stole his place to fight Knothead & Splinter.

They found out that Sir Chester has became "Sir Flea-bag". Billy tries to whack Knothead with the chained mace, but missed and it bounced right to his face. Knothead grabs his right arm, Splinter climbs up to his head, opened the helmet and shook pepper to his face which made him sneezed real hard and fell off the drawbridge, along with Louie.

Knothead & Splinter went to the castle and rescued Chester. They untied him and he gave them 20 more ticket for rescuing him and winning the free Chester the Jester event. Louie begs him not to give them lot those tickets and tries to apologize him for tying him, but billy shuts him up and tells Chester that Louie doesn't know what he's saying because he ate some bad fish. But, Louie says he just wants to be king and cries. Knothead & Splinter had an idea and tells Chester that they want Billy and Louie to have their tickets, because they're willing to forgive and forget. Chester was touched by their kindness and sends Billy and Louie to the King's carnation and made Louie king and billy queen, much to his embarrassment. 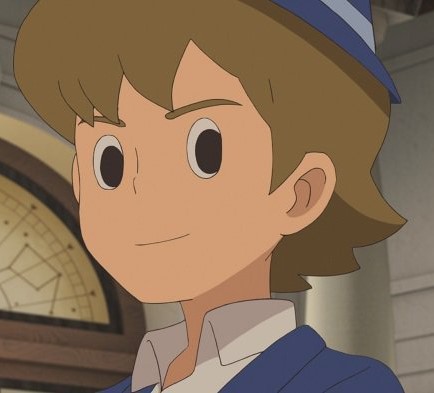