Owner of The Mighty Millenium Falcon

To defeat The Empire once and for all (succeeded)

Terebacca is a Wookiee who is best friends with Chuck "Ham" Solo, and the two own the Mighty Falcon together. He is portrayed by Terence.

Terebacca alongside Chuck first appear when Obi-Wan and Red Skywalker ask them to help, insisting that they will be paid later. They board the Millenium Falcon, beginning the events of the game.

While brute strength is still a factor in Terebacca's character, he now also can cause small tremors when he lands, misplacing and damaging objects close to him. This ability is seemingly quite destructive as the level shakes when he lands, but it isn't as powerful as the game leads it to be. It does have some perks to it, but for the most part, the player should rely on Terebacca's strength. Body-wise, he can destroy multiple pieces of glass, wood, and a couple of pieces of metal with ease.

In the Hoth episode, Terebacca receives an ability upgrade and can create earthquakes when he makes contact with a surface. This causes a much more forceful impact on the objects nearby him and can cause big chain reactions with the right angle and direction. On this upgrade, he also makes a new sound when hitting something. It is a new feature for characters to activate abilities slightly after they land, but this does not apply to Terebacca, being the only character without a player activated ability. 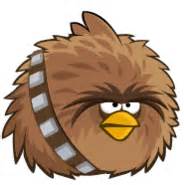 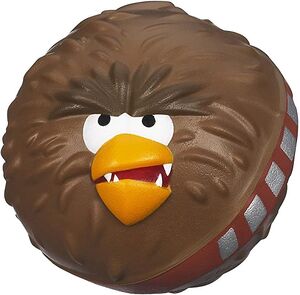