Heroes Wiki
Register
Don't have an account?
Sign In
Advertisement
in: The King of Fighters Heroes, Male, Martial Artists,
and 37 more

Save the world from evil threats.

Chin Gentsai is a hero of The King of Fighters series of fighting games. He is one of the original members of the Psycho Soldier Team, which first appeared in The King of Fighters '94. His character's age and fighting style were considered to be essential for the series when developers were selecting fighters for the roster. He is most likely modeled on Yuen Siu Tien's character in the martial arts film, Drunken Master. His official nickname is The Drunken Fist Master.

He is the elderly mentor to Athena Asamiya, Sie Kensou, and Bao, who instructs them to better harness their psychic powers (or Psycho Powers as it is dubbed by SNK) in the mountains of China. Chin teaches them in preparation for "the worst case scenario of oncoming evil" and uses the tournaments as a way of training his disciples. For a time, he is skeptic that their fame won in the tournaments crippled his students' determination and wanted to continue their secluded lifestyle. However, they convince him otherwise and he has since believed in his students.

Things take a turn for the worse with the introduction of the Dragon Spirit between Bao and Kensou, with Chin having suspicions on the cause of its emergence. Although both boys were weakened because of the spirit, the old master entered them in the tournament in an attempt to recover their strength. However, Chin eventually pulls the team out of competition in 2003 to observe the matter thoroughly, asking K' and Maxima to investigate the tournament in his place for activity. During the year of the team's absence, he extensively trains Kensou's budding Psycho Powers -which were regained mysteriously after 2001- to be normal again.

Prior to the KOF XIII tournament, he became e-mail and cellphone buddies with Kula Diamond, which is humorously mistaken by Kensou to be a secret love affair. Chin asks Kula to enter the tournament with K' once more, calling the young man out of curiosity to gauge his reaction.

Despite his vast knowledge and experience, he is often drinking alcohol or already drunk. He will however sober up long enough to fight when needed. He is also an old acquaintance of Tung Fu Rue. 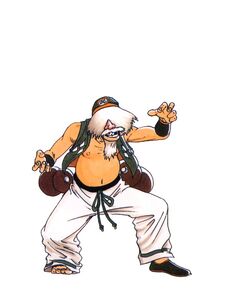 The King of Fighters '98 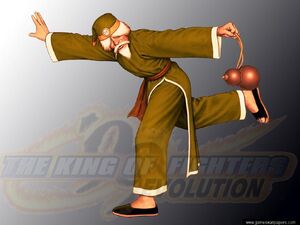 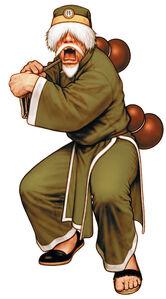 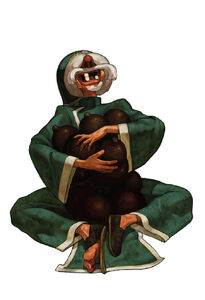 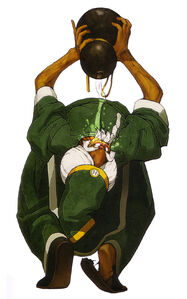 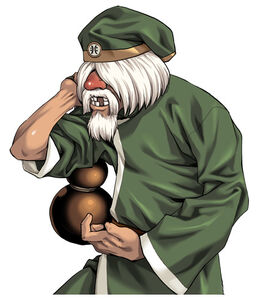 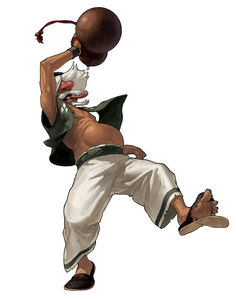 The King of Fighters XII 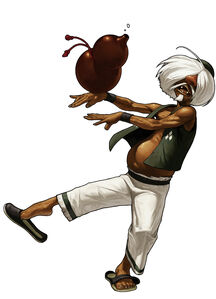