Military
The People's Republic of China is a world power in the Command & Conquer: Generals video game.

The People's Republic of China was established by the victors of the Chinese Civil War in 1949, the Chinese Communist Party who were led by Mao Zedong. In the 1950s they fought the United Nations in the Korean War and during the 1950s-60s China suffered through the Great Famine and Cultural Revolution. Afterwards Deng Xiaoping made reforms that liberalized to a great degree the economy and society compared to what came before, resulting in incredible economic growth and the emergence of a dynamic consumer society.

In the 21st century, the Chinese government introduced another wave of reforms called the "Modern Way" in which the civil liberties of its citizens were increased and its economy was improved further, resulting an increase in the volume of its exports. Unfortunately, the developments happening within China resulted in conflict with the Global Liberation Army that started to support the separatists in western China.

Relations cooled with the United States during this period due to an American operation to stop a terrorist attack on a top secret Chinese site went sideways, resulting in the destruction of a state-of-the-art Chinese prototype fighter. The GLA later destroyed a Chinese nuclear power plant and successfully raided a PLA depot. In response the PLA sent divisions into Xinjiang, while the United States kept out of it despite the appeals from the United Nations for the world to support the Chinese.

War erupted when the GLA struck multiple sites across China. The GLA offensive across China was stalled and then halted by the PLA, going so far as to destroy the Three Gorges Dam to cripple the GLA offensive. Supported by the U.S. military, the PLA counter-attacked into Aldastan and destroyed the GLA stronghold in Dushanbe with tactical nukes.

Though the GLA had been defeated in China, they were still dominated in Kazakhstan next door and in the Middle East. Despite the efforts of China and the United States, the war in those regions was a stalemate as they were unable to destroy the GLA infrastructure and forces either in Central Asia or the Middle East.

Before long the main theater of the water shifted to the United States. They were forced to contend not only with the GLA but also a rogue Chinese general who had defected to the GLA with his nuclear arsenal. Meanwhile Chinese forces attacked the GLA capital of Akmola. Because of their success in fighting the GLA, the prestige of China was on the rise and nations had permitted them to establish bases and outposts as far as Europe.

Taking advantage of the GLA fracturing, the Americans and Chinese pressed on. Unfortunately, GLA factions had regrouped and struck unexpectedly against the Americans in both North America and Europe, including overrunning an American base in Germany. Which led to the withdrawal of U.S. forces from Europe to strengthen their defenses back in the United States.

China then destroyed the former U.S. base in Germany with nuclear weapons. The GLA attempted to retaliate by launching an attack on China's nuclear weapons production facility which fortunately was unsuccessful. While the United States continued its withdrawal from Europe, the Chinese upon the request of the Europeans continued their campaign to crush the GLA within Europe, having given assurance to the UN that they would no longer use nukes. The war ended when they destroyed the last GLA stronghold in Germany.

China proposed an economic and military alliance with Europe, which accepted thereby creating the Eurasian Unity League that replaced NATO. All across Eurasia, the citizens applauded what China did in Europe and the People's Republic of China has become the leading superpower.

The United States had been greatly weakened by the war. It was no longer a superpower as it had suffered humiliations at the hand of the GLA, being forced to withdraw its forces from overseas to protect the homeland and rebuild. Therefore America's global influence had been shattered by the GLA.

China relies on large numbers of infantry and armor superiority especially their overlord tanks to defeat the enemy. They have air power of MiGs and Helixes but their air force is not as strong as America's air force. The main advantage they have is their hackers that help them make money for their units. The slow speed of their units make them vulnerable to the long range artillery strikes from rocket buggies especially. 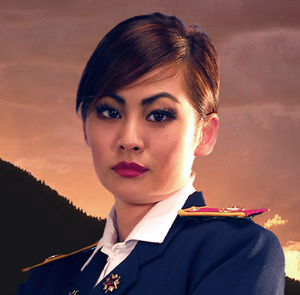 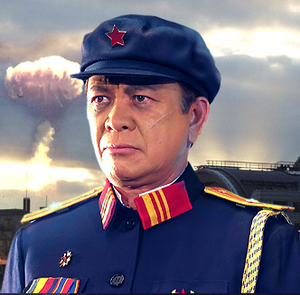 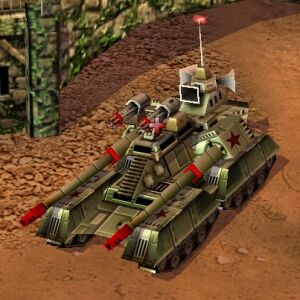