Start a Wiki
Chomp-Chomp is an supporting character from the Pac-Man franchise. He is Pac-Man's pet dog and Sour Puss' rival.

He is voiced by Frank Welker who also voices Scooby-Doo and some of various creatures and monsters.

Game and role including TV series

His behavior is the same as the normal dog, but he owns an high intelligence that he can eat the Ghost Gang with his pac-dots to chase them away from Pac-Land.

Chomp-Chomp is a dog who is owned by Pac-Man in the TV series and video games. He is a nice dog, but however he is in conflict with his rival Sour Puss, but he can sometimes be allied to him to take down the Ghost Gang with Pac-Man and Ms. Pac-Man.

He appears in Pac-Man World 2 when he was seeing barking at Pinky to make her run away from Pac-Man's house. In the ending after Spooky is sealed once again in a tree by Pac-Man who uses the Golden Fruits powers to be stronger, he was seen seeing the Ghost Gang in Pac-Land, so he decides to eats his pac-dots, causing the Ghost Gang to turn blue and run away. After he eats the Ghost Gang by chasing them, he was petted by his owner Pac-Man for foiling the Ghost Gang's plan. 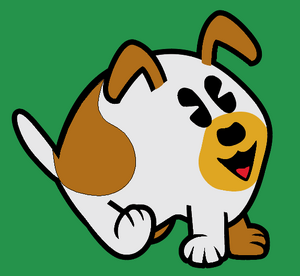 Chomp-Chomp in the animated cartoons 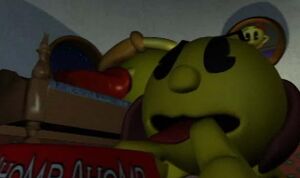 Chomp-Chomp in the intro of Pac-Man World 2 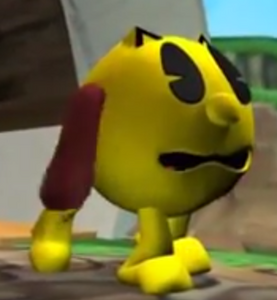 Chomp-Chomp as he watches the Ghost Gang acting suspiciously. 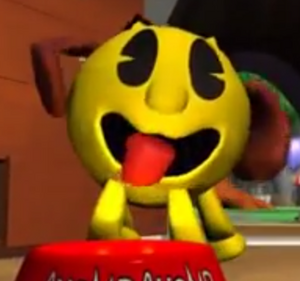 Chomp-Chomp's endearing grin as he is about to chase and eat the Ghost Gang. 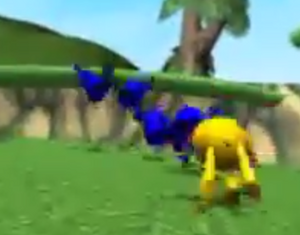 Chomp-Chomp chasing the Ghost Gang away and later eating them. 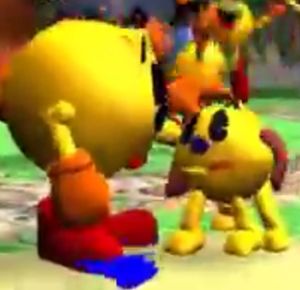 Chomp-Chomp petted by his master Pac-Man.
Add a photo to this gallery
Retrieved from "https://hero.fandom.com/wiki/Chomp-Chomp?oldid=1690360"
Community content is available under CC-BY-SA unless otherwise noted.