Purple One (by Miss Endive)
Cat, Rabbit, Bear thing (by his Wisdom Tooth)

To be the greatest chef in Marzipan City (succeeded)

Chowder is a hybrid kid of a cat, rabbit, and bear and the titular protagonist of the tv cartoon of the same name. He lives with his Mentor Mung Daal, Shnitzel and Truffles, where he learns to make certain recipes, if his stomach doesn't get him to eat many of them first which usually happens. He has a stink cloud pet named Kimchi and is the "boyfriend" (later husband) of Panini.

Chowder, as Mung Daal's apprentice, is very eager of becoming a chef, mostly because of his huge appetite. Chowder is able to eat, chew, and swallow anything possible that his stomach can handle, even once accidentally eating himself. Chowder is a kind and noble child and will do anything he can to earn food, especially his favorite snack, thrice cream. However, Chowder can possess a darker side whenever someone tries to stand in the way of his snacks.

Chowder is a small and chubby kid with light purple skin, a tail with a pale stripe on it, a pink nose, and one visible tooth that hangs out his mouth (his Wisdom Tooth). He wears a purple hat with two points on it, dark purple shoes, and a pink and purple coat. 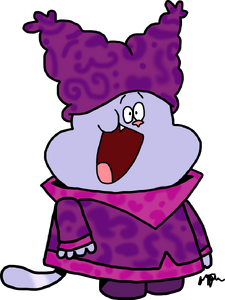 Chowder, as he appeared in season 1 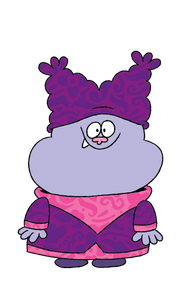 Chowder, as he appeared in season 2 and 3 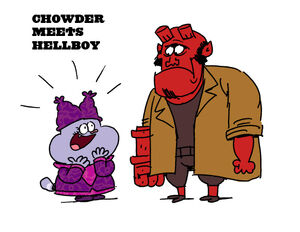 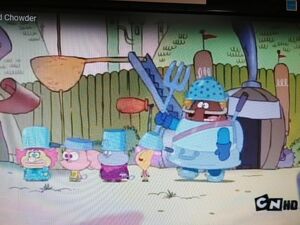 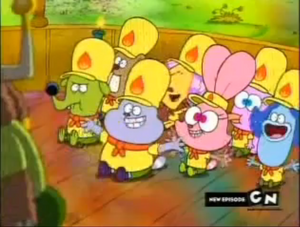 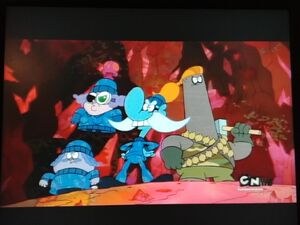 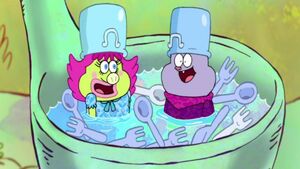