Christine "Chris" Higgins, born in 1961, is the main protagonist and sole survivor of the most popular and famous 1982 3-D slasher horror film Friday the 13th Part III.

She was portrayed by Dana Kimmell.

Chris was one of the few people to have seen Jason Voorhees before the time when he had opportunity to go on a mass killing spree and survived. (While on vacation with her parents at Higgins Haven in 1982), Chris and her parents got into a heated fight for arriving home late after a date with her boyfriend Rick. The result was Christine's mother hitting her; something she had never done before. Hurt and wanting to punish her folks, Christine ran out of their summer home and into the woods.

Finding rest at the base of tree, she sat there for a while and dozed off. Shortly after, Christine awoke to the sound of footsteps and looked behind her, thinking it was her father looking for her, but instead, Christine found herself looking at a hideous man with a knife, who gave chase to the girl. Christine managed to kick the knife out of the man's hand and run away in fear, but the man kept pulling her down to the ground. With a final ounce of strength, Chris passed out in the man's hands. When she woke up, Chris was back in her own bedroom the next day. Her parents said they didn't know anything about the man who attacked her.

What Chris didn't remember was that she regained consciousness in the deformed man's hands and broke free of his grip. She ran until she crossed paths with the local doomsayer named Abel, who noticed her terror of something. However, Christine did remember the hideous man's face and couldn't forget about it. 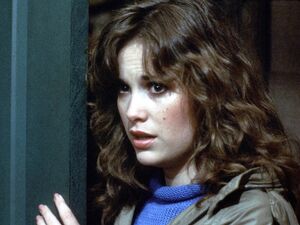 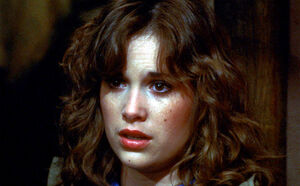 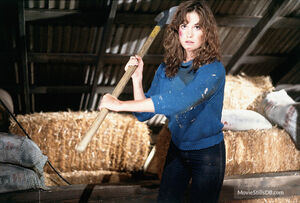 Chris wielding a axe.
Add a photo to this gallery

Retrieved from "https://hero.fandom.com/wiki/Chris_Higgins?oldid=2238031"
Community content is available under CC-BY-SA unless otherwise noted.