NOTE: This article is about the incarnation of Chuck from The Angry Birds Movie Duology. The mainstream version can be found here: Chuck (Angry Birds).

Member of the flock

He was fast and the best, he speeds up to a castle with a slingshot before he gets damaged, He is Silver's older twin brother.

He is voiced by Josh Gad, who also played Louis in Ice Age: Continental Drift, Olaf in Disney's Frozen and Ludlow Lamonsoff in Pixels.

He follows Red on his journey against the pigs after meeting him in an anger management class with Bomb. To see Chuck's involvement in the movie, see here.

Chuck is very active and always on the go. He can run faster than any bird. He is also very outgoing and loves to hang out with friends. 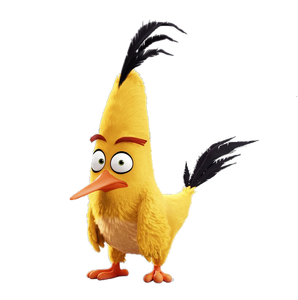 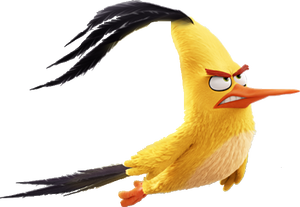 Retrieved from "https://hero.fandom.com/wiki/Chuck_(The_Angry_Birds_Movie)?oldid=1948147"
Community content is available under CC-BY-SA unless otherwise noted.