The Circus Bugs are heroic bugs from A Bug's Life.

After a failed show that got P.T. Flea burned in a flame, he fired them all. Later, as they drowned their sorrows in a pub, they came across hostile flies and fled. In the chaos, as they tried to defend themselves with a "heroic" circus act, Flik - passing by and looking for help - mistook them for fighters, and recruited them, since they were out of work.

Once Flik and the bugs arrived at Ant Island, the colony were surprised that he'd succeeded in finding help, and celebrated. However, everyone later realised that the bugs were just clowns without fighting experience, and banished Flik from his home. Later, Dot convinced Flik and the others to stay and fight, eventually driving the grasshoppers away. 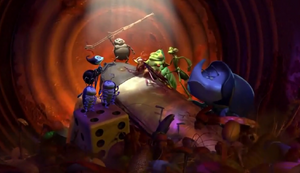 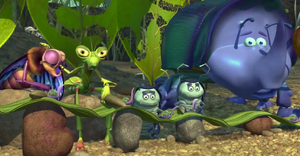 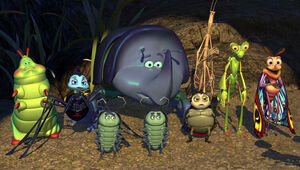 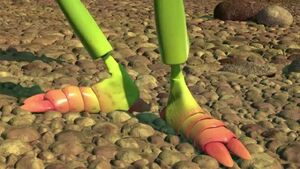