To live a normal life.

Claire Bennet is the main female protagonist of the TV Show Heroes. She is a college student and former cheerleader, adopted by Noah Bennet and his wife, and is the biological (and illegitimate) daughter of Nathan Petrelli and Meredith Gordon and niece of Peter Petrelli and Flint Gordon. She is an evolved human with the ability to rapidly heal from any injury. After the defeat of Samuel, she revealed her secret on live television. She is the most recurring character in the series, appearing in 72 of the 77 episodes, making her the closest thing the show has to a main character.

Claire is portrayed by Hayden Panettiere, who also portrays Channing Walsh in Racing Stripes and voiced Dot in A Bug's Life, Suri in Dinosaur, Fairy Princess Willow in Scooby-Doo and the Goblin King, Red Puckett in Hoodwinked Too! Hood vs. Evil, and Juliette Barnes in Nashville, and voices and motion-captures Sam Giddings in Until Dawn.

Claire exhibits the power of rapid cell regeneration, a trait that allows her to recover from almost any injury in a matter of seconds. She also feels relatively little pain from even serious injuries, including burns and compound fractures, although she did grimace when her hand was damaged while retrieving a class ring from a running garbage disposal. She has not yet reached a limitation in her powers. Along with the injuries stated above, she suffered an injury where her neck was broken and turned around 180 degrees. This would be fatal for most humans. Indeed, between her tolerance for pain and seemingly unlimited healing potential, Claire is somewhat similar to the X-Men character Wolverine. Panettiere herself even loosely compared Claire to that same character when explaining her powers during an interview.

Apparently, Claire cannot heal an injury if a foreign object is obstructing the wound. This is true of other characters with healing factors, who can still heal incorrectly, incompletely or not at all if certain conditions are not met, just like normal humans. For example, in the first episode, the bones of Claire's ribs were sticking out at one point. After a comment from Zach brought this to her attention, Claire had to move them around a bit before they would heal properly. The injury she received in One Giant Leap was billed by a TV Guide article as an extreme test of her powers. In this incident, she was clinically dead for hours, only to revive when the tree branch that killed her was removed. Her healing powers restored her to health despite the destructive biological processes that happen to bodies immediately upon severe trauma or death (brain death, lividity of blood in the tissues and coagulation of same, etc.). Still, as stated before, there were still limitations. Her upper torso had still been spread open from the classic "Y Incision" made in the chest of autopsy subjects and she had to close the flaps of skin back into place manually before they healed.

In Lizards, Claire cuts off her small toe with a pair of scissors only to see it grow back. This suggests that Claire is able to regrow a body part even if it is completely removed. This is later confirmed in Brother's Keeper, where she loses an entire foot and quickly regrows it.

In Kindred, Claire tells West that she does feel pain, she just recovers from it very quickly. However, in The Second Coming, Claire loses the ability to feel pain after Sylar takes her ability, though in One of Us, One of Them she appears to feel her hands burn when touching the side of the heated container.

In Cautionary Tales, it is heavily suggested that Claire's blood will heal any wound in any person if it is introduced into their system.

A painting by Isaac Mendez and Peter Petrelli showed a cheerleader's body dead at the feet of a shadowy figure, with her head sawed open and her brain removed. Once thought to be Claire, it was theorized that such an injury might well be fatal. Future Sylar was able to take Claire's ability by telekinetically sawing her head open, and in The Second Coming, Sylar removed the top of Claire's head and stole her ability without killing her. Her skull and scalp healed as soon as Sylar put the displaced part back where it was supposed to be. Although Sylar told her that she's special and couldn't die, it's unlikely that Claire could survive complete brain removal.

In Into Asylum, when Claire consumes a mass amount of alcohol to win a game, her competitor comments on how she doesn't even look drunk. She later admits to Nathan that her liver heals itself, resulting in everlasting sobriety.

Claire shows her powers to the world in a Brave New World. Four years later a Peace Summit takes place in Odessa. Everything is going great until the Peace Summit is attacked and blows up. The world thinks Claire was killed in the explosion. Noah finds Claire laying dead on a gurnee in the hospital. Noah helps Miko free Hiro from a video game and then Noah and Hiro time travel back in time to the Peace Summit to save Claire and stop the explosion. 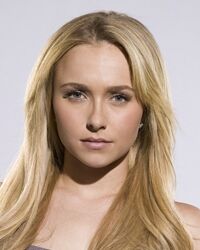 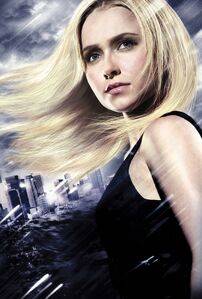 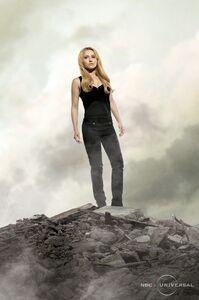 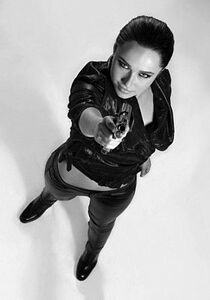 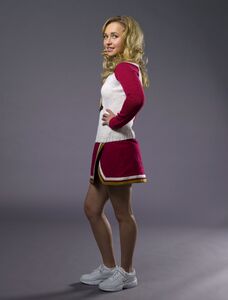 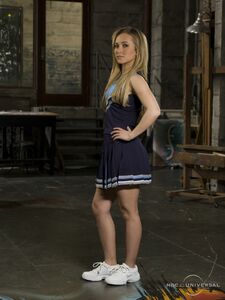 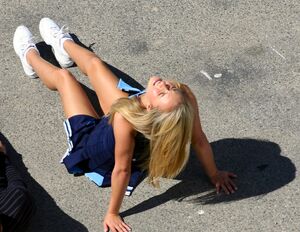 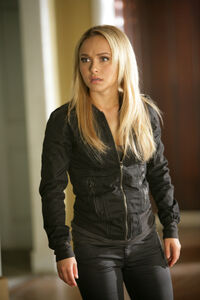 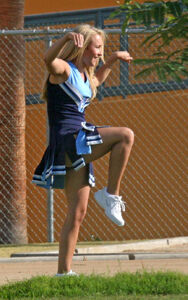 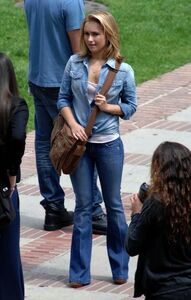 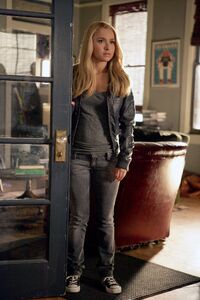 Add a photo to this gallery
Retrieved from "https://hero.fandom.com/wiki/Claire_Bennet?oldid=2299776"
Community content is available under CC-BY-SA unless otherwise noted.