Claire Temple is a recurring character in the Marvel Cinematic Universe. Specifically, she is a major protagonist in Daredevil and Luke Cage, a one-time character in Jessica Jones and a supporting character in Iron Fist and The Defenders. She is a Metro-General Hospital nurse and member of the Night Nurses who becomes heavily involved with the lives of the Defenders, acting as voice of reason or support for each member.

She is portrayed by Rosario Dawson, who portrays Ahsoka Tano in The Mandalorian and The Book of Boba Fett, and also played Laura Vasquez in Men in Black II.

Claire Temple was a medic at the ER of Metro-General Hospital. While on duty she heard numerous stories about a masked vigilante in Hell's Kitchen saving people's lives.

One night, Claire's neighbor Santino alerted her of having found a person beaten up in her building's dumpster. It was the masked vigilante, Matt Murdock. With the help of Santino, Claire took him to her apartment and took care of his wounds. After some hours of recovering, the vigilante, who was nicknamed "Mike" by Claire, revealed he was following the trail of a mob known as "the Russians" who had kidnapped a boy. However, he fell into a trap and barely got out alive.

"Mike" detected someone was going from apartment to apartment looking for him. While he hid in a corner, Claire took care of the person, who had identified himself as a NYPD detective. After realizing the "detective" didn't believe Claire hadn't seen anything, "Mike" proceeded to hit him with a fire extinguisher as he went down the stairs. Claire later helped "Mike" interrogate the man, and after he got the location of the boy, she was told by "Mike" to get her things and leave, as the Russians would return. Claire went to the apartment of a co-worker she was cat-sitting for.

Claire Temple is a highly compassionate woman. Upon seeing an injured masked man in her garbage, she did not hesitate to take him in and care for him. She went to similar lengths to help Luke Cage when he was seriously injured and on the run despite both of the men being complete strangers to her. Temple is often practical, down-to-earth and sarcastic.

Whilst her lack of powers or special abilities could make her a liability, Temple makes up for this with her medical background and humanity. When meeting with Matt Murdock, Jessica Jones, Luke Cage and Danny Rand, she has helped them through their most turbulent times and acted as their moral compass. Effectively, Temple is the human nature of the Defenders and, in an indirect way, is responsible for the formation of the group. Eventually instead of fighting it, she accepted that assisting people with powers was her calling in life. Due to her unbending sense of right and wrong, Temple has been there when Murdock, Cage and Rand came close to breaking their own code as she knows the line between a hero and vigilante is a thin one. Therefore, she advised Murdock to not kill Fisk if he got the chance to, stopped Cage from suffocating an injured Rafael Scarfe and warned Rand about the repercussions of taking a life. The one time she was not successful was when Jessica broke Kilgrave's neck. However, Temple is not without a dark side. She expressed satisfaction that Vladimir Ranskahovwould feel excruciating pain when Murdock cauterized his gunshot wound after he ordered her kidnapping, assisted Daredevil in torturing Semyon and told Noah Burstein that if he did what he did to Cage, she would cause him serious injury.

Perhaps due to her lack of powers, Temple has chosen to learn martial arts from Colleen Wing. She eventually became skilled enough to fight with members of the Hand in China and Wing claims that she is one of her most advanced students. 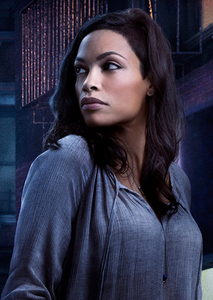 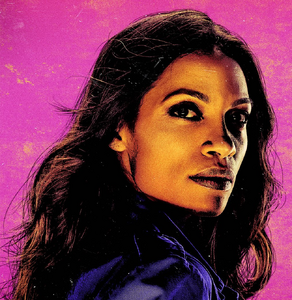 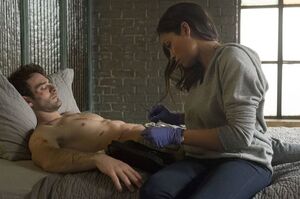 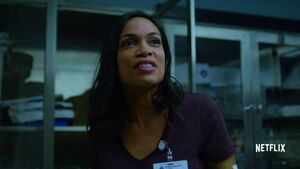 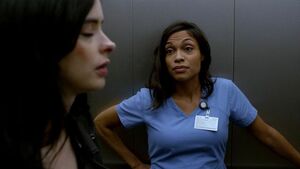 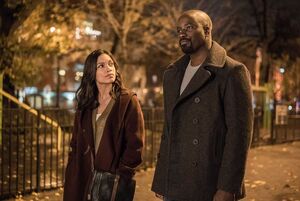 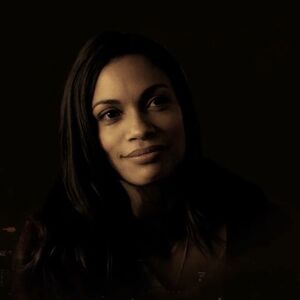 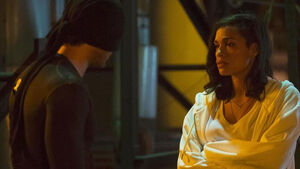