Clara Drosselmayer (simply known as Clara) is the main protagonist of Barbie in the Nutcracker. After receiving a Nutcracker from Aunt Elizabeth for Christmas, Clara's parlor is ambushed by Mouse King and his army.

Clara tries to fight them, but she is shrunk by the king's magic to the size of a mouse. In order to be transformed back to her full size, Clara must embark on an expedition to find the Sugar Plum Princess - a powerful fairy who possesses the powers to return Clara back to her normal size.

Clara's parents died when she and her little brother Tommy were very young, so the kids were raised by Grandfather Drosselmayer. When we first see Clara in the movie, she is a teenager who wishes she could go on adventures like her aunt, Elizabeth Drosselmayer.

Elizabeth came to stay with Clara on Christmas Eve, so she gave Clara a Christmas present: a nutcracker doll. Tommy wanted to play with the nutcracker, but while he was trying to take it from Clara, he broke the nutcracker’s arm.

Clara fixed the arm, and later fell asleep on the sofa in her parlor, with the nutcracker standing on the floor.

At midnight, magic occurred in the parlor: Magic came out of a mouse hole in the parlor; a portal to and from another world, Parthenia, opened in the mouse hole and Clara's nutcracker became animated, as well as an owl atop the clock which belonged to Clara's grandfather.

An army of mice entered the parlor through the mouse hole, so when Nutcracker saw the mice, he immediately ran to attack them with his sword.

Clara woke up to see the battle, thinking that she was still dreaming. To her shock, more mice came out of the hole, with their king, the Mouse King.

His army took their king back through the mouse hole. Nutcracker informed Clara that only the Sugar Plum Princess could reverse the Mouse King’s shrinking spell on Clara and that he himself was a victim of the Mouse King’s magic - he was not always a nutcracker doll.

The owl from on top of her grandfather's clock wanted to help Clara and the Nutcracker, so she swooped down to them.

The owl told Clara that she could find the Sugar Plum Princess in Parthenia, on an island across the Sea of Storms. Clara didn't want to go, but she had no choice if she wanted to get rid of the Mouse King’s spell.

The owl gave Clara a locket from a decoration and was instructed to open it once she found the Sugar Plum Princess. Then, Clara would return home her normal size.

Clara put on the locket and went through the mouse hole with Nutcracker. After a few steps, she and Nutcracker fell into the portal leading to Parthenia, but they landed in a cave made of ice.

A young snow faerie appeared, and bumped into Nutcracker’s chest, hurting her wing. Clara fixed the faerie’s wing, and the faerie left and came back with more, older snow faeries.

The faeries danced for Clara, and opened an entrance from the ice cave to the land of Parthenia.

Clara and Nutcracker talked about the Sugar Plum Princess, but the Mouse King’s spy, a bat named Pimm, overheard them. Pimm informed the Mouse King who had never heard of the princess before.

The children told Clara and Nutcracker that the Mouse King’s army had gotten rid of everything and everyone in the village.

The Gingerbread Boy blamed Prince Eric, the son of the king who had ruled before the Mouse King took over, for the destruction of the village.

The king had left his throne and golden sceptre to his then advisor, the Mouse King, until Eric was ready to be king. The Mouse King enjoyed being king, so he took over Parthenia, and Eric disappeared.

Clara and Nutcracker decided to take the children with them until they could find them a safe place to stay.

The four of them travelled with Marzipan until they saw the Mouse King’s army carrying away things from the Gingerbread Village. Marzipan ran away, and the army noticed Clara and the others, so the army began to chase them.

Clara told the group to follow her into the forest, where they were rescued by people in the Treetop Village. Major Mint and Captain Candy, two of the villagers, found Clara and Nutcracker to be very suspicious, and began questioning them.

Clara told Major Mint that they were looking for the Sugar Plum Princess, which Captain Candy believed, whilst Major Mint was cynical about it.

The Captain managed to convince Major Mint to help Clara and Nutcracker find the princess, so they would leave the next day.

Meanwhile, the Mouse King found a description of the Sugar Plum Princess, but it didn’t say where to find her.

He decided to send something to destroy Nutcracker before he could find her, so he used a spell to make a rock pillar into a giant, and ordered it to crush Nutcracker.

Clara said goodnight to the Gingerbread Boy and the Peppermint Girl before they went to sleep, as she would be leaving them in the Treetop Village for their own safety. She went to talk to Nutcracker outside.

She told him she knew he was really Prince Eric, and he told her that he didn't want to be the prince, he just wanted the Parthenians to be happy. The next day, Clara, Nutcracker, Captain Candy and Major Mint set off on their expedition to find the princess, led by the Major.

They crossed some floating stepping stones, and Major Mint ordered Clara and Nutcracker to find supplies while he and Captain Candy made a boat to cross the Sea of Storms.

They came across a valley which the Mouse King had destroyed, where they found some flower faeries.

The fairies thought Clara was beautiful and they danced for her and made the valley lush and healthy again. However, the rock giant arrived and began to terrorize everyone.

The snow faeries helped everyone by freezing the Sea of Storms, and they led Marzipan back to Clara and the others. Everyone got into Marzipan’s sleigh, and they began to cross the frozen sea, but the rock giant followed them.

Nutcracker broke some ice with his sword, so the giant fell into the sea. After that, the group still had trouble crossing the sea because it became foggy. Pimm, who had been secretly riding on the back of the sleigh, told the Mouse King that Nutcracker had defeated the rock giant.

Meanwhile, Major Mint thought it would be too dangerous to continue crossing the sea because of the fog. Clara got out of the sleigh and saw that the island was not far away.

When they had all reached the island, they eventually found the Sugar Plum Princess’s castle.

Nutcracker, Major Mint and Captain Candy walked towards the castle, but it turned out to be a trap, and they were caged and taken to the Mouse King’s palace.

However, Clara had managed to get away. Clara was left alone with no way of getting off the island, until the flower faeries came to her rescue.

They carried a seat made of leaves for Clara, so Clara sat on it and they flew her to the Palace of Sweets. Clara crept into the palace, and the faeries quickly left to encourage the Parthenians to stand up to the Mouse King which Pimm overheard and informed the king about.

The Mouse King demanded that every villager be rounded up and brought to the palace courtyard to witness him finally destroy Nutcracker in a bonfire.

Clara looked around the palace until she found a dungeon, which appeared empty, but Clara was clever and realised there was an invisible wall which was hiding Nutcracker, Captain Candy and Major Mint.

Clara smashed the wall, and they all went to the courtyard. Nutcracker and the Mouse King fought against each other, but when Clara tried to help, the Mouse King tried to use a spell on her to make her even smaller.

The Mouse jumped in the sewers. The Nutcracker was knocked to his feet with the impact of reflecting the spell, and Clara was very worried about him.

She kissed him, which magically reversed the Mouse King’s spell on the Nutcracker, turning him back into Prince Eric. Captain Candy and Major Mint were shocked and but Clara's kiss made Eric realize that Clara was the Sugar Plum Princess.

Eric told Clara that she had been the Sugarplum Princess the entire time, because it made sense that she had saved everyone several times and she had reversed the Mouse's magic. Clara had broken all of the Mouse’s evil enchantments, so the Palace of Sweets transformed to how it had been before the Mouse had taken over.

Eric was free to take his rightful place as King and the Parthenians were all so happy that they forgive Eric and everyone celebrated by dancing.

Clara and Eric shared a romantic dance together and afterwards, he asked her to stay in Parthenia instead of going home, so she could be his Queen. Clara agreed, because she felt at home in Parthenia, and she kissed Eric again.

However, Pimm and the Mouse swooped by and snatched Clara’s locket. The Mouse opened it, so Clara automatically had to go home.

Clara faded away before Eric could tell her he loved her, leaving him distraught and Clara woke up on the sofa in her parlor. Clara couldn't find her Nutcracker doll anywhere, but Aunt Elizabeth came into the parlor with the son of a dear friend of her's she had ran into when she was taking her morning stroll: Eric.

Eric had been invited by Elizabeth to stay for Christmas dinner which Clara thought was a wonderful idea. Clara and Eric were left alone, so Eric gave Clara her locket and they danced together.

"You are the Sugar Plum Princess! It all makes sense; you saved me from the Mouse King in your parlor, you rescued us from his dungeon, your bravery led to his defeat and... your kiss has broken his spell."
—Prince Eric.

Clara is kind, clever, and brave. She is reluctant at first to go to Parthenia, as her grandfather has probably sheltered her, and she has never been allowed to travel with her aunt. 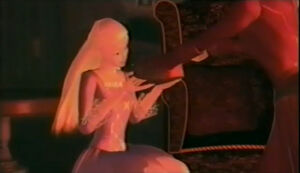 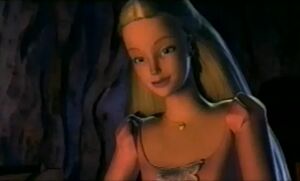 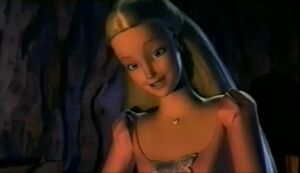 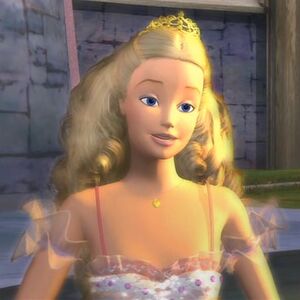 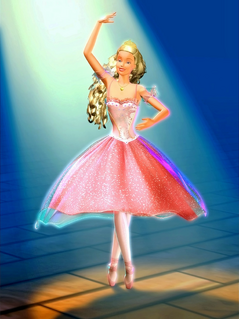 Retrieved from "https://hero.fandom.com/wiki/Clara_(Barbie)?oldid=1442140"
Community content is available under CC-BY-SA unless otherwise noted.