Your Majesty
Your Highness

The Nutcracker and the Four Realms

Princess of the Four Realms

To find the key that will save the Four Realms.

Clara Stahlbaum is the main protagonist of Nutcracker and the Four Realms.

She is portrayed by Mackenzie Foy, also played Renesmee Cullen in the Twilight Saga.

Clara is the middle child who was born into a very wealthy family. Unfortunately, her mother soon died at an unknown age, but it must've been long after she had left the Four Realms. While conversating on Christmas Eve, she is given a gift by her mother, which happens to be a golden egg locked with a Pentumbler's lock (a lock that cannot be opened without a specific key.)

Clara's father ordered her to not disappear off into the night, but disobeys him and send visits her godfather Drosselmeyer, and helps him repair a set of music. She returns from his aid, after getting helpful advice and a bit of history about her mother. However, her father is absolutely furious, and they have a short argue about status and Clara's mother, as she storms off.

Soon, Drosselmeyer comes out of his basement home and comes out to tell all the children to find her gifts. Clara follows a golden string, in which loops around a Christmas tree and she is greeted by her younger brother Fritz, who's already found his gift. She laughs at his expense, before going up a grand staircase and down a dark red hall. The pattern of owls on the wall soon turn into a pattern of rats.

She follows the string into the hall, which soon turns into a log. She goes to the end of the log, in which she follows the line of string through a twisted thicket of white trees, in which she finds the key to the egg covered in a Christmas tree decorated with a golden blinding light. She reaches out for the key, but the key is soon snatched by a mouse. Angered, she chases the mouse in which it hops across a frozen river that she is unable to cross due to the risk of drowning.

Refusing to be bested by a small mouse, Clara instead attempts to cross the river by going on an old bridge, which she attempts to hop over the safety line. Doing this, she causes herself to awaken Phillip the Nutcracker, who then threatens her, asking her name. He constantly gets mixed up with her name, in which she has to explain that she is the daughter of Marie Stahlbaum, an inventor who was the greatest in all of the Four Realms.

After Phillip deeply apologizes for this misconception, he takes Clara to the unnamed center kingdom, where the council of Regents resides, including the current ruler The Sugar Plum Fairy, amongst Shiver and Hawthorn. Clara is greeted by the regents, but are then saddened after learning that Marie Stahlbaum is dead. Even though they considered it a tragedy, Sugar-Plum enlisted them to create a parade to show Clara a trip around all of the 4 realms, excluding the Land of Amusement. Clara is then given her mother's prized dress, before attending a ballet that showed how her mother discovered all of the realms.

Clara is then led to her mother's machine, which is only unlockable by using her Mother's key. So, with a new quest instead of just opening an egg, Clara assembles a small army to take on Mother Ginger and goes head-on into the fourth realm. Even though it started off well at first, multiple rats started digging holes that sucked Clara and her fellow soldiers into the ground. Screaming, she arrives at Mother Ginger's giant version of herself, and is greeted by a group of terrifying clowns, that are able to detach their body parts. 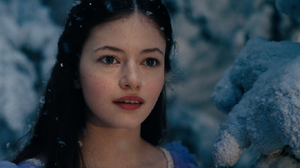 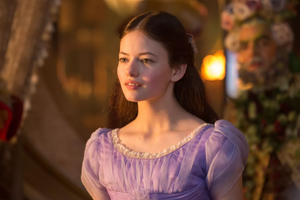 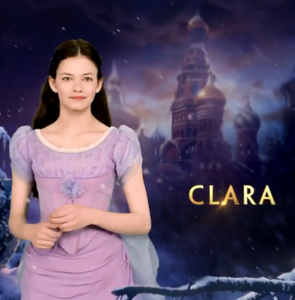 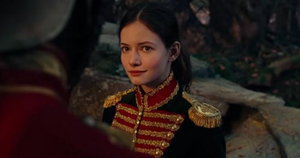 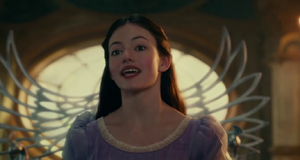 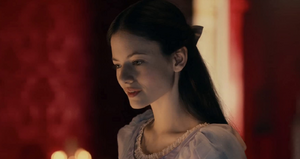 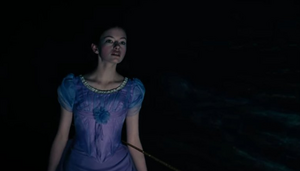 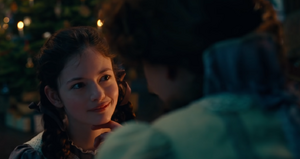