Silence of the Lambs
Hannibal

Supporting the FBI and capturing criminals.

Hunt down Buffalo Bill and finish him for good (succeeded)

Clarice M. Starling is the main protagonist of the novels The Silence of the Lambs and Hannibal by Thomas Harris as well as its film and tv adaptations.

In the CBS television series Clarice, she is portrayed by Rebecca Breeds.

The Silence of the Lambs

Starling is a student at the FBI Academy. She hopes to work at the Behavioral Science Unit, tracking down serial killers and ultimately apprehending them. Her mentor, FBI director Jack Crawford, sends her to interview Dr. Hannibal Lecter, a brilliant psychiatrist and cannibalistic serial killer. He is housed in a Baltimore mental institution. Upon arriving at the asylum for her first interview with Lecter, the asylum manager Frederick Chilton makes a crude pass at her, which she rebuffs; this helps her bond with Lecter, who also despises Chilton. As time passes, Lecter gives Starling information about Buffalo Bill, a currently active serial killer being hunted by the FBI, but only in exchange for personal information, which Crawford has specifically warned her to keep secret from Lecter. She tells Lecter that she was raised in a small town in West Virginia with her father, a police officer.

When she was about 10 years old, her father was shot when responding to a robbery; he died a month after the incident. Starling was sent to live with her uncle on a Montana sheep and horse farm, from which she briefly ran away in horror when she witnessed the lambs being slaughtered (the title of the book refers to her being haunted by the screaming she heard from the lambs). She spent the rest of her childhood in a Lutheran orphanage. According to the novel, Starling attended the University of Virginia] as a double major in psychology and criminology. During that time, she spent two summers working as a counselor in a mental health center. Starling first met Jack Crawford when he was a guest lecturer at UVA. His criminology seminars were a factor in her decision to join the FBI. During the investigation, Starling is assigned to coax Lecter into revealing Buffalo Bill's identity; Lecter gives her clues in the form of cryptic, riddling information designed to help Starling figure it out for herself. The two grow to respect each other, so when Lecter escapes during a transfer engineered by Chilton to a state prison in Tennessee, Starling feels that he "would consider it rude" to attack her by surprise and kill her without talking to her first.

Starling deduces from Lecter's hints that Buffalo Bill's first victim had a personal relationship with him, and so goes to the victim's home in Belvedere, Ohio, to interview people who knew her. She unknowingly stumbles onto the killer himself, Jame Gumb (he is living under the alias "Jack Gordon" when they meet). When she sees a Death's Head moth, the same rare kind that Bill stuffs in the throats of each of his victims, flutter through the house, she knows that she has found her man and tries to arrest him. Gumb flees, and Starling follows him into his basement, where his latest victim is alive and screaming for help. Gumb turns off the electricity in the basement, and stalks Starling through the rooms with a Colt Python revolver and wearing night vision goggles. He is about to shoot her when she hears him cock the gun from behind her and opens fire into the darkness, killing him. The victim is rescued. Weeks later, Lecter writes Starling a letter from a hotel room somewhere in Detroit asking her if the lambs have stopped screaming. The final scene of the novel has Starling sleeping peacefully at a friend's vacation house at the Maryland seashore.

Starling is in her early thirties and a full-fledged FBI agent, although her career has been held back by a vengeful superior Paul Krendler, at the Department of Justice. She takes part in a bungled drug raid, in which she returns fire after a drug kingpin fires at her, using an infant as a hostage; her superiors blame her for the resulting mess, and she is removed from active duty, mostly at Krendler's instigation. She receives a supportive letter from Lecter, who is (unknown to her at the time) residing in Florence, Italy. One of Lecter's surviving victims, a sadistic pedophile named Mason Verger, is searching for Lecter and has offered a huge reward, which a corrupt Florentine police inspector named Rinaldo Pazzi tries to claim when he deduces Lecter's true identity in Florence. Starling finds out that Lecter is in Florence and attempts to warn Pazzi.

As Starling predicted, Lecter knows about the plot to capture him and, as a result, he kills Pazzi. Lecter then flees to the United States and immediately starts to follow Starling. Starling, meanwhile, is being harassed at the FBI by various corrupt agents, especially by Krendler, who is secretly assisting Verger in his attempt to capture Lecter. Starling attempts to find Lecter first, not only to capture him but also to save him from Verger. Krendler attempts to frame Starling in a scheme planned by Verger, alleging she sent coded newspaper messages to Lecter; this only results in her being suspended, but she is now powerless to stop Verger's men. Lecter is captured by Verger, who plans to feed him to a pack of specially bred wild boars. Starling is aware that Lecter is being held by Verger, so she attempts to save him. She is wounded in the ensuing gunfight; Lecter rescues her and nurses her back to health. He then subjects her to a regimen of mind-altering drugs and classical conditioning in an attempt to make her believe she is his long-dead sister, Mischa.

During this time, Lecter captures Krendler and performs a craniotomy on him while he is still alive. During an elaborate dinner, Lecter scoops spoonfuls of Krendler's forebrain to saute with lemon and capers. In the novel, he feeds Krendler's brain to Starling, who finds it delicious. Lecter's plan to brainwash Starling ultimately fails, as she refuses to have her own personality sublimated. She then opens her dress and offers her breast to Lecter; he accepts her offer and the two became lovers. They disappear together, only to be sighted again three years later entering the Teatro Colón opera house in Buenos Aires by former orderly Barney Matthews, who had befriended and respected Lecter while he was incarcerated in Baltimore. Fearing for his life, Barney leaves Buenos Aires immediately, never to return.

In the film, Lecter escapes after Starling handcuffs him to her by amputating his own hand.

In May 2012, Lifetime announced that they are developing a television series centered on Clarice Starling after her graduation from the FBI academy, titled Clarice, which will be produced by MGM.

Bryan Fuller, the creator of the TV series Hannibal, has stated that he plans for the show's fifth season to cover the events of The Silence of the Lambs, and the sixth to cover the events of Hannibal, with the seventh to be an original storyline resolving Hannibal 's ending. Fuller has stated his desire to include Clarice Starling as a character, provided that he can get the rights from MGM. With the show cancelled at the conclusion of its third season, it would appear that this plan will not come to pass. Since the series' cancellation, Fuller has stated that should the series continue, whether for a fourth season or feature film, and should they obtain rights to adapt The Silence of the Lambs, Elliot Page would be his ideal casting for Clarice Starling.

In January 2020, it was announced that Alex Kurtzman and Jenny Lumet would develop another Clarice Starling series for CBS as a sequel to The Silence of the Lambs set in 1993. On February 26, 2020, Australian actress Rebecca Breeds was cast as Starling. 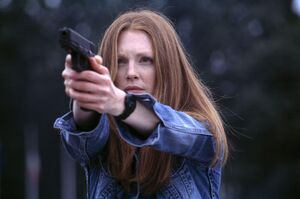 Julianne Moore as Clarice in Hannibal. 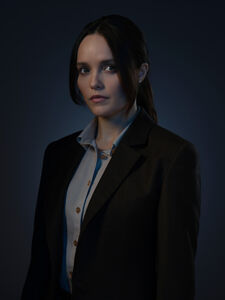 Rebecca Breeds as Clarice in the titular tv series.