Leader of the North Wind

Stop Dave and his invasion, turn back the mutant penguins (all succeeded)

Classified is the teteragonist of Penguins of Madagascar: The Movie. He is the unnamed leader of the North Wind task force.

He is voiced by Benedict Cumberbatch, who also played Doctor Strange in the Marvel Cinematic Universe film, Doctor Strange, Sherlock Holmes in the BBC show, Sherlock and later The Grinch (2018).

Classified has a very serious attitude, often irritated by the Penguin's actions. He doesn't like to be interrupted, and takes pleasure in stealing the spotlight. As the movie progresses, Classified warms up to the Penguins, and eventually asks forgiveness over how he misjudged them. 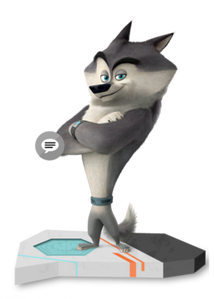 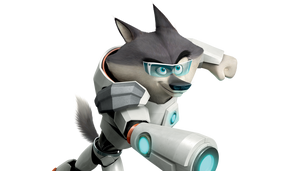 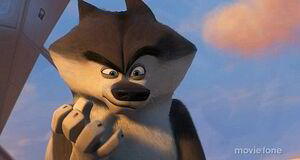 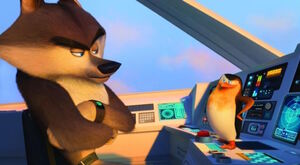 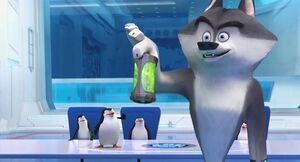 "Turn youself in, David. You're powerless now that I've stolen your precius Medusa Serum!" (Skipper: What?! You didn't steal that, I did!) 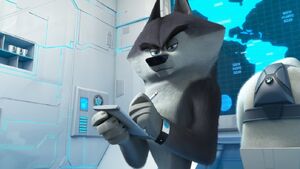