Female Spy (credits name in "The Spy Who Bugged Me")

Spy for the French government

Claudette Dupri is a character in New Looney Tunes.

She is voiced by Kath Soucie, who also played Maketh Tua and Nerissa. Roles "The Spy Who Bugged Me" "Superscooter 3000".

Bugs Bunny visits Washington, D.C. on a vacation. During this time, he is followed by Claudette, who is under orders from her associate/superior Pierre to obtain secret plans to benefit the French government. Due to a switch by a plainclothes Secret Service agent, Claudette is led to believe that the bag in Bugs' possession contains the plans. Thus, she spends a majority of the episode trying to obtain his bag. After a series of failed attempts, she outright steals the bag, but her escape attempt ties her to the Washington Monument. Enraged, Claudette tries to kill Bugs with a laser, which is deflected off the Lincoln Memorial and strikes her. Annoyed with her actions, the statue of Abraham Lincoln comes to life and kicks her clear out of D.C.

A running gag throughout the episode has Claudette repeatedly accosted by a young human boy sharing tidbits about D.C., much to her annoyance. However, this proves to be her undoing, as the boy gives Bugs the information and means to deflect her laser attack. The very end of the episode reveals him as another plainclothes agent.

Claudette reappears in the Season 2 episode after a flash drive containing top-secret information that is in Bugs' possession, but Bugs doesn't know that the flash drive is important which leads to chases between her and the Hazmats to see which villain can get it first.

As befitting of a spy, Claudette demonstrates something of prowess for disguise, although, given the comedic nature of the show, they vary in effectiveness. She utilizes (rather telling) fake accents, a perfume saleswoman persona, and a mustachioed promoter trying to get Bugs to sign a bogus check with an exploding pen. Of course, to the episode's humor, these attempts fail and only serve to cause her harm. For example, the aforementioned exploding pen fails to detonate, until it is in her possession.

She also demonstrates archetypal French snootiness mixed with jingoism, as seen with her dismissive comment towards the boy to "enjoy [his] American freedoms while [he] can". However, a brief moment, where she is ostensibly threatened with severe punishment should she fail, also hints that she may too be motivated by fear. 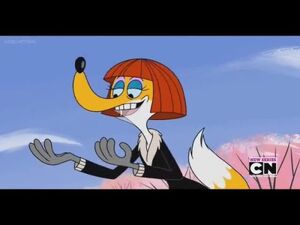 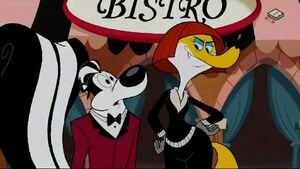 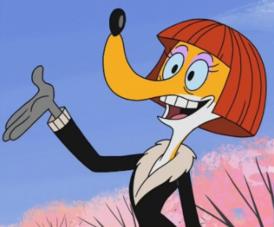 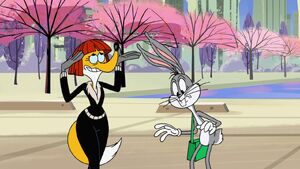 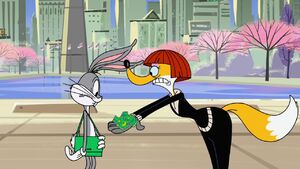 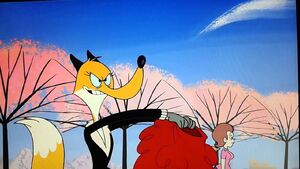