Start a Wiki
Cleo is a she-cat, the girlfriend of Riff-Raff, and one of the main characters in the DIC show Heathcliff & The Cadillac Cats.  She is the only female member of the group, and one of the only two main female characters, the other being Sonja, Heathcliff's girlfriend.  She was voiced by Donna Christie.

Cleo is a cream she-cat with long, golden hair that she wears over her shoulder, though it sometimes appears as blonde, dandelion, or strawberry blonde, black eyes, eyelashes, and peach eyeshadow.  She has a brown nose, tongue, and inside of ears.  She has a long tuft of fur on her chest and wears pink legwarmers.  She has thin, black eyebrows as well.

Cleo is very mature, cool, and suave.  She can be quite flirty at times, but is quite caring of Riff-Raff and the other Cattilac Cats, as she herself saves them on quite a few occasions.  While very feminine, she has tomboyish qualities and isn't afraid to get her paws dirty if necessary.  She also has a tendency to get jealous when Riff-Raff eyes his former girlfriend. 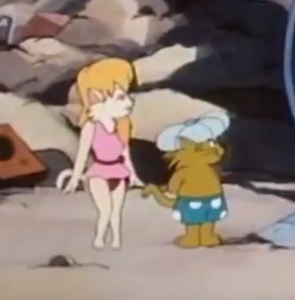 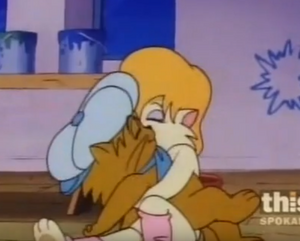 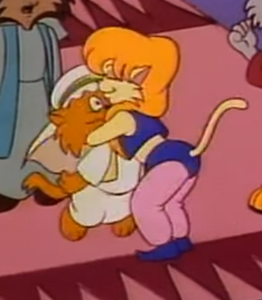 Add a photo to this gallery
Retrieved from "https://hero.fandom.com/wiki/Cleo_(Heathcliff)?oldid=1642535"
Community content is available under CC-BY-SA unless otherwise noted.