Ransack, Crumplezone and the Decepticons

No information
Clocker is a young Autobot from Velocitron, as seen in Transformers Cybertron. While Clocker is mentored by, and in return taking care of, the elderly Brakedown, he met Hot Shot, and grew to admire him.

As seen in Space, Clocker was being troubled by Ransack and Crumplezone, while trying to protect the elderly Brakedown. He was knocked over but eventually saved by Hot Shot. In Rush, he worried about Brakedown's condition until the medic Red Alert managed to salve the old racer's wounds. Clocker attempted to invite Hot Shot and Red Alert back to his home in gratitude for rescuing them, but overheard the Autobots saying they were from another planet. Hearing about their search for the Cyber Planet Key, he took them on a little tour of the planet at Brakedown's request. Atop Mount Stargaze, he pointed out the track where the planet's champion racer, Override, liked to hang out. If anyone on Velocitron knew something about a prize like the Cyber Planet Key, he informed them, it would be her. Clocker watched on the sidelines as Hot Shot and Megatron raced with Override for information on the key and its connection to the Planet Cup Override possessed as champion of Speed Planet. Rush He later helped Hot Shot get ready for his race against Override. He announced the race's start and then went to watch it from the sidelines. Speed 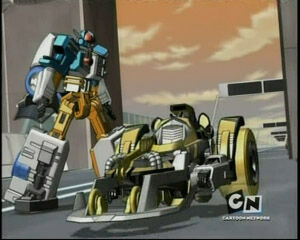 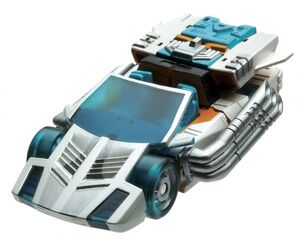 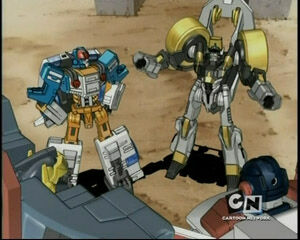