To help Sofia solve the problem

Sidekick
Clover is a gray rabbit who is one of Sofia's friends in the 2012 animated series, "Sofia the First". He is one of the woodland animals to be a major character and dislikes being cuddled.

Clover is voiced by Wayne Brady.

Clover is one of the nicest animals of the woodland animals, but can be a little grumpy sometimes. He leads an army of animals to help Sofia and her Royal Family solve the problems. An example is like he sent in fireflies during the last minute to see the green trolls.

One of his most famous songs is "Blue Ribbon Bunny". It is sung once Clover has won the contest and earned a blue ribbon. 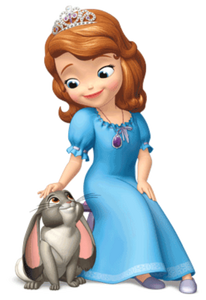 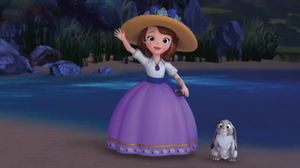 Retrieved from "https://hero.fandom.com/wiki/Clover_(Sofia_the_First)?oldid=1744775"
Community content is available under CC-BY-SA unless otherwise noted.