Skilled survivor
Immune to the virus

Coach is one of the four playable survivors in Left 4 Dead 2. He was a high-school health teacher and coordinator for the freshman football team before the Infection hit his hometown of Savannah. He is the oldest of the group and takes it upon himself to motivate his fellow Survivors.

Coach's facial features are based on Darnell Rice and he is voiced by Chad Coleman.

Coach is the eldest, voice of reason, and authority of the Left 4 Dead 2 team, playing a similar role to Bill in Left 4 Dead. He comes across as a warm-hearted father figure with an optimistic attitude that is hard to disagree with. Despite his friendly demeanor, his experience as an actual coach makes him demand things of the other Survivors in a positive way - for example, loudly encouraging them to get back on their feet. All in all, Coach can be considered the father figure of the group, if not the leader.

Coach is a slight overweight afro-american man around 44 years old, wears a purple and yellow shirt with FHS marked on it. He also wears fingerless gloves, beige pants and dirty shoes. 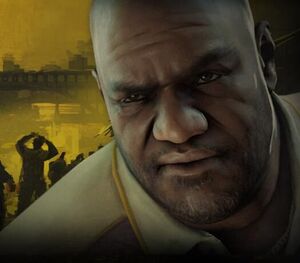 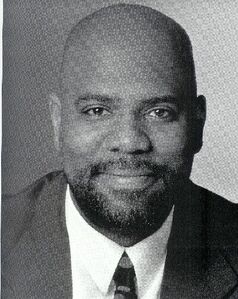 Real life.
Add a photo to this gallery

Retrieved from "https://hero.fandom.com/wiki/Coach_(Left_4_Dead)?oldid=2308847"
Community content is available under CC-BY-SA unless otherwise noted.