Coco is a character from Fosters Home for Imaginary Friends. She only says "Coco" whenever she talks. She lays plastic eggs to see any item she can think of.

Coco is a bird-like imaginary with a coconut tree-like head with a red beak. She has a blue aeroplane-shaped body, and has two orange slim legs with human-like feet.

Coco is benevolent, helpful, funny, ditzy and unusually sarcastic despite the fact she only says one word. Coco as has a palm tree for a head, a crooked red beak, a blue and white airplane body, and orange legs. Coco's creator according to a golden trading card in the Foster's Home For Imaginary Friends Leapster game is created by a girl who crashed on a desert island, which could explain her appearance of the palm tree head and airplane body. She was discovered by two scientists, named Douglas and Adam (called "nerds" by Bloo) when that story was told in "Good Wilt Hunting" Since they found her alone with no one, its never been stated or known what became of Coco's original creator. Although Coco has attempted to tell Douglas and Adam, they may have either unintentionally ignored her or not fully understood what she said when she spoke. It is shown in the end of "Good Wilt Hunting" that she acts as a motherly figure towards Douglas and Adam by wiping their faces. She is 4 feet tall. 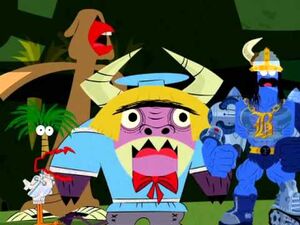 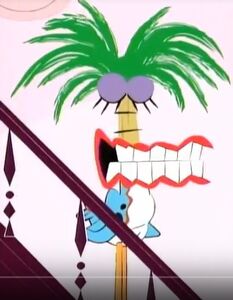 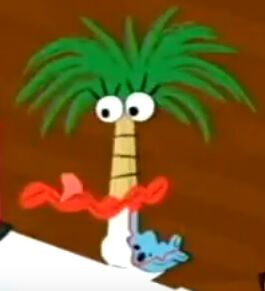 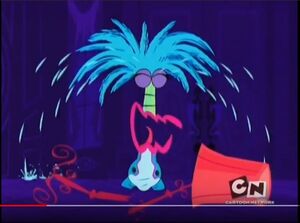 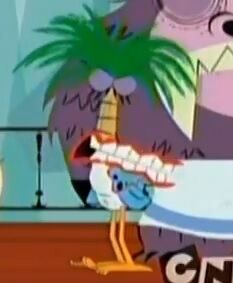 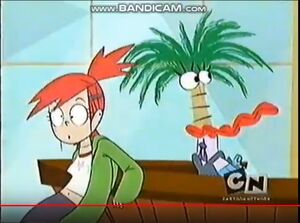 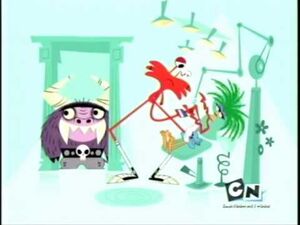 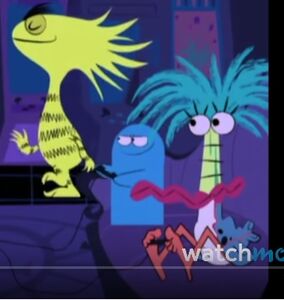 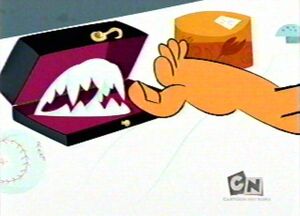