Cocona Cocomine is one of the main protagonists in the anime and manga series, Flip Flappers. She is the daughter of Mini and Salt, and the granddaughter Ruse. She also becomes her partner Papika before she going to using her Pure Illusion power to attack.

She was voiced by Minami Takahashi in the Japanese version, and by Luci Christian in the English version.

Cocona is a teenage girl has the dark blue short hair bob with fringe. She has often seem yellow clip in her left side on the head. She has a skin with pale and brown eyes, confronts has a similar orange hair and blue eyes. She has a school uniform whose contagion at the white and blue shirt has the red ribbon. She has a medium blue basic skirt with the often choose on black stockings and yellow converse. She also has a watch on the left wrist.

As her transformed form, also known as Pure Blade, the hair was turning into her pink hair and growing even longer, reached the waisted, the eyes are turns into blue. This transformation has debuting as similar of at her mother. The Pure Blade has a consisted to her white dress has a black accent in the waist, and pink line in her skirt whose in cutting off at the left leg. She has her frilly, white line has a pink black choking, and pink butterfly wing ribbon has white line in the under chest, as shown her dark brown butterfly wing ribbon in the left hip.

She also has a long white gloves has a pink lines whose in her covers in the middle fingers. She wears a two yellow, fairy wings in the back those to sash. She has a white stocking in the right leg with her black boots, her left been longer has the right and fade it to the gradient, and the typical hairpin has been replace by black tiara accented and gold.

Before she learns her confessed and behind her past in true feels for Papika, she begins to get her transformation form. Her form consisted at her white finger gloves and white frilly dress crystallized, as shown the crystallized armor. The legs is adorn from frilly white high boots thigh sports into small wings in her ankles. And now she wears a white smaller choker, sliver crystal tiara, and a large pink wings.

Cocona is very cautious and shy girl. She didn't have any sample and does interests why she told her, that she can not during her independently chosen to the high school for attention. Cocona shares interacts has everyone with Yayaka and her grandmother. She came to be a fairy on her set in the routine, as well the peers marking that was strange from the late for school. She stating at her final that would contented will going through there life "living her boat at the currently", sample living with her life mistakes on making or risks harder decisions. She cannot wanted to request any potential decisions will she making it.

During the visits Papika and going to the Pure Illusion all together, She began to opening up and showing a new side to self. However, she cannot want to go to the adventures like Papika, she can not during her excitement and dangerous. She looking at to be distressed while Papika almost dead at her first word while their meeting, through the sparked determination at her, activating in the first transformation. As shown the two spending less than time at Pure Illusion, she begans to having some fun at the sprite at self and gained more confronting at self. At the last of the episode, she had into her powerful to confident herself, more than so defy her mother and battle with Papika. 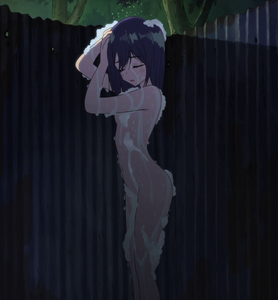 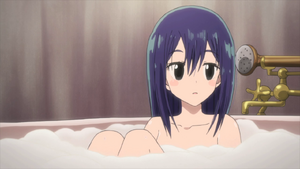