Rescuing animals from their captor
Adventuring

His mother
His father (deceased)

Supporting Character
Kid
Cody is a 9-year-old boy from Australia and the tritagonist in Disney's 29th full-length animated feature film, The Rescuers Down Under.

Cody is the male equivalent to Penny from the 1977 film, The Rescuers. 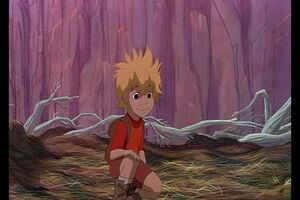 Retrieved from "https://hero.fandom.com/wiki/Cody_(Rescuers_Down_Under)?oldid=1395243"
Community content is available under CC-BY-SA unless otherwise noted.