Cole Sear is the deuteragonist of the 1999 horror thriller film The Sixth Sense. He is an 11-year-old boy with the ability to percieve ghosts of deceased people, and recieves aid from Dr. Malcolm Crowe in learning about his ability.

He was portrayed by Haley Joel Osment, who also portrayed David in A.I. Artificial Intelligence, and voiced Sora from the Kingdom Hearts franchise and Mowgli in Disney's The Jungle Book 2.

From birth, Cole possessed a "sixth sense", which allowed him to see, hear, and even physically interact with the ghosts of deceased people. The ghosts recognized this, and would visit Cole from an early age seeking either help or revenge. When Cole was eleven years old, his father ran off with a tollboth operator, leaving Cole and his mother, Lynn Sear, in poverty and depression. Lynn would frequent a psychiatrist, but little helped, leading Cole to believe that a psychiatrist would not help him with his problems, either. The ghost visits became so frequent and terrifying that Cole constructed a tent in his apartment and filled it with religious figures to help keep him safe.

One day Cole is approached by Dr. Malcolm Crowe, an award-winning child psychiatrist who offers to help him. Cole reminds Crowe of a previous patient he had failed to help, Vincent Grey, and he wants to help him so he may, in turn, find out what may have been wrong with Vincent. Crowe and Cole spend much time together, with Cole discussing his feelings towards his family life and school life. However, Cole's ability continues to cause trouble for him, such as when he has a breakdown at his school and is blamed by his mother for handling a piece of jewelry, although Cole knows it was the spirit of his late grandmother. After a escpecially painful and traumatic incident where Cole was locked in a haunted crawlspace by his bully, Tommy Tammisimo, Crowe visits Cole in the hospital.

Cole, having learned to trust Crowe, reveals his secret that he can see the dead. Crowe continues to treat Cole, unbelieving in the child's claims. After struggling with what he believes is tension in his marriage, Crowe opts to drop Cole as a patient, hurting Cole's feelings. However, after going over some old audio logs of his sessions with Vincent, Crowe hears ghostly voices and realizes what Cole said is true. Crowe figures out that the thing the ghosts likely want is help in settling their unfinished buisiness, and expresses this to Cole. Though Cole is at first reluctant, he agrees to listen to the ghosts. His next ghostly encounter is with the spirit of a sickly girl named Kyra Collins, who asks Cole for help.

Cole travels with Crowe to the Collins home, where Kyra's funeral is being held. He goes to her room and, with her hep, finds a box and is instructed to give it to her father. The box contains a VHS tape of Kyra performing a puppet show, but also reveals that Kyra's abusive mother was secretly poisoning her and is responsible for her death. After Cole gives a puppet to Kyra's younger sister, Kyra is allowed to pass on.

With a newfound sense of courage and purpose, Cole begins to open up to the spirits aroud him, including one of a kindly teacher at his school. He is given the starring role in a King Arthur play, and finally parts ways with Crowe.

Later that day, while in the car with his mother, Cole decides to reveal his secret to her. Though Lynn is at first angered and skeptical of her son's claims, Cole relays information from his late grandmother to her, answering a question Lynn asked at her grave. Lynn learns the truth, and she and Cole embrace.

Cole is a timid and shy young boy who only opens up with his imaginative and inquistive nature to people he truly trusts and feels accept him. He initially believes himself to be a freak, though he is extremely agitated and upset by other people believing the same. He shuts himself off from the world, and lives in fear from the ghosts he sees. It is not until Crowe comes to him that he learns to trust in himself and gain the confidence to not live in fear. 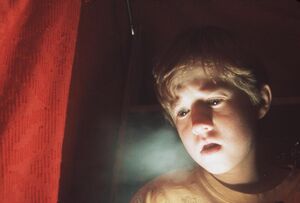 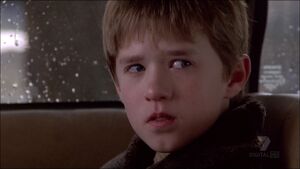 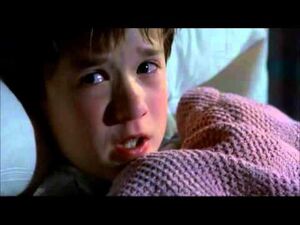