Member of the Chasers

Commander Torque is a secondary deuteragonist of the 2014 indie video game, Freedom Planet. He is a commander and the last known living member of the Spectrum Chasers, a battle-force formed by an Alliance of Planets to protect the Galaxy from galactic threats such as Lord Brevon.

Prior to the event prior to the events of Freedom Planet, Torque and a squadron of Chasers were locked in a space battle with Brevon's Dreadnought, which was en route to Planet Avalice to steal the Planet's main source of energy: the Kingdom Stone. During the battle, his Captain and entire crew were all killed and/or corrupted by Brevon. Torque swore to his dying Captain that he will stop Brevon from stealing the Kingdom Stone for his galactic conquest. Upon arriving on Avalice, he disguised himself as a Shellduck to hide his alien appearence. But since he was the only remaining Chaser, he needed help to stop Brevon and his army, help in the forms of a Purple Dragon Girl, a Tomboy Wildcat and a Bashful Hound Dog.. Together, Torque and his new crew sets out to stop Lord Brevon from stealing the Kingdom Stone and plunging the Three Kingdoms of Avalice (Shang Tu, Shang Mu & Shuigang) into a Civil War.

Fans have taken this a step further by interpreting their relationship as a romantic one, though this could be pure fan speculation. 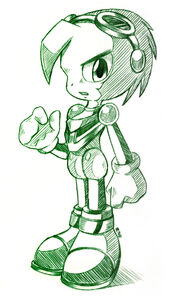 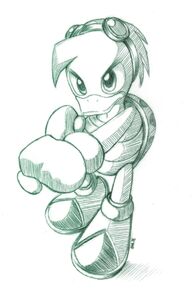 Torque in his shelduck disguise
Add a photo to this gallery

Retrieved from "https://hero.fandom.com/wiki/Commander_Torque?oldid=1716949"
Community content is available under CC-BY-SA unless otherwise noted.